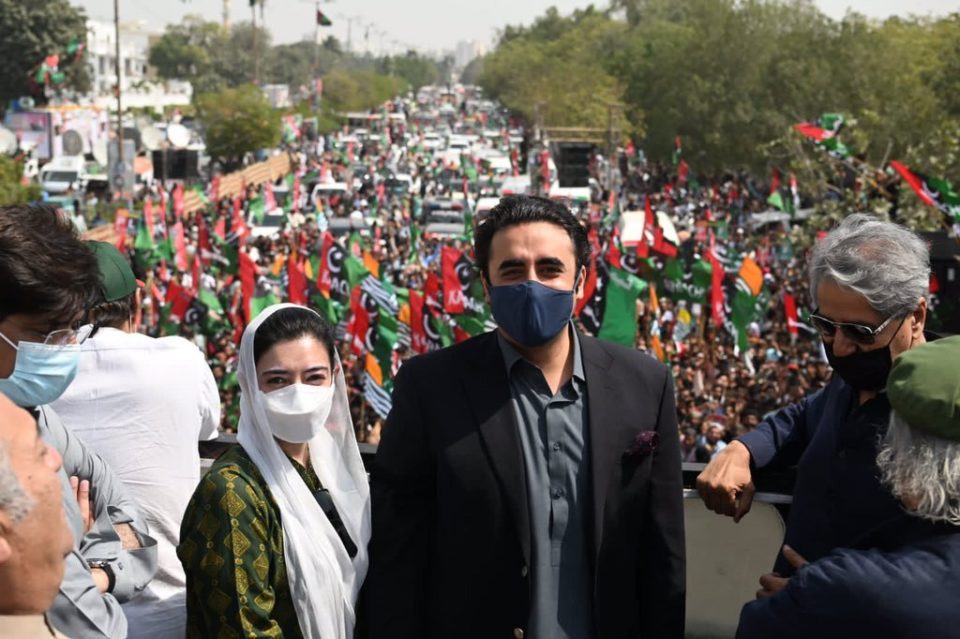 Islamabad-PPP Chairman Bilawal Bhutto Zardari on Monday threw down the electoral crucible to Prime Minister Imran Khan, challenging him to hold snap pates if he really believed in his redoubtable fashionability

“ He’s going to address the nation moment. I challenge him to advertise dissolution of the assemblies and new choices moment and also the PPP will see him (in the choices),” Bilawal said while addressing his party’s long march in Hyderabad on Monday, hours before the PM’s address.

His challenge was replaced by a warning to the high minister to abdicate by March 8, when the PPP’s long march is anticipated to reach Islamabad. “ Either he should abdicate himself or I’ll not be suitable to stop Jiyalas in Islamabad.”

Bilawal said he was leading the march to the capital with the end of unleashing a popular attack through the no- confidence vote against Imran’s government.

Bilawal believed that the nation has expressed mistrust on Imran’s government and asked parliamentarians to follow suit. “ The time has come to table the no- confidence move.”

The PPP’s president argued that the high minister and his platoon weren’t genuine representatives of the people rather of some other powers. “ When they’re in trouble, they noway look towards the people for support but to the powers who have installed them.”