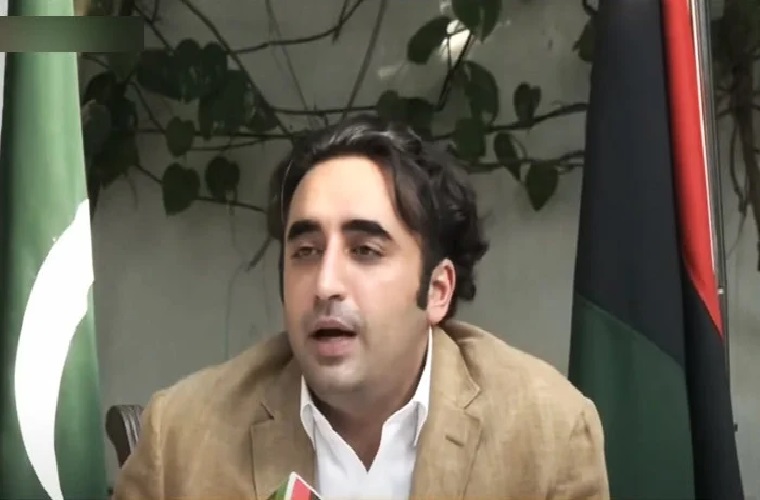 Karachi – Chairman Pakistan Peoples Party Bilawal Bhutto-Zardari said on Saturday that his party has decided to launch a “democratic attack” against the government and urged the other Opposition parties to adopt a unified stance of ousting the incumbent PTI-led administration.

In a press conference alongside party leaders in the port city, the PPP chairman ruled out opting for undemocratic tactics to achieve the goal of dismissing the government.
Bilawal also advised PTI’s allies, especially the MQM-P, to join hands with the anti-government movement as the PPP is all set to begin its “awami march” tomorrow — from Karachi to Islamabad.
“However, if Prime Minister Imran Khan decides to resign voluntarily, then there won’t be a need to hold the long march,” Bilawal said.
Talking about the strategy after the government is ousted, Bilawal said in a democracy, anyone having the majority can decide who becomes the next prime minister.
“PML-N clearly has the majority; PPP and other Opposition parties are ready to sacrifice the prime minister’s seat for them,” the PPP chairman said, stressing the major stakeholder should announce its candidate for the office.
“We plan on not repeating the mistakes we did in the past,” he added.