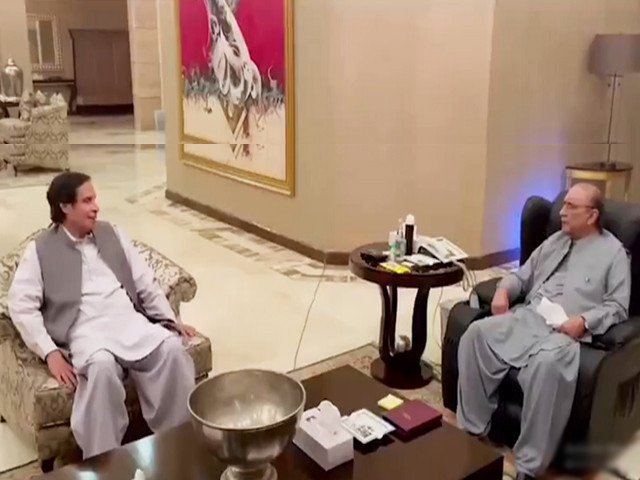 Lahore-The megacity of Lahore was the venue of three back-to- back meetings on the opposition’s no- confidence stir plan, which started from a top- position huddle at the hearthstone of Pakistan Muslim League-Nawaz (PML-N) President Shehbaz Sharif and attended by the leadership of the Pakistan Peoples Party (PPP) and the Jamiat Ulema-e-Islam-Fazl (JUI-F).

Hours latterly, the PML-Q, a major supporter of the Pakistan Tehreek-e-Insaf (PTI) at the Centre and in Punjab, met former chairman andCo-chairman of the Pakistan Peoples Party (PPP) for “ discussion” on the prevailing political situation.

The most important meeting of the day took place at Shehbaz Sharif’s hearthstone where the elderly leaders of the PML-N, the PPP, and the JUI-F were present. The meeting aimed at zeroing in on the no- confidence stir.

A common statement issued after the meeting, didn’t say about any timeline for the no- confidence move, except revealing that the meetings constituted a commission to decide when to table the stir. The opposition leaders said that the parties wanted to keep the timing as an element of surprise.

Though there was no establishment deadline given by the opposition officially, if the statements of some PML-N leaders are to believe, it seems that the opposition was allowing about tabling the no- confidence stir against Prime Minister Imran Khan in around four weeks.

The meeting was followed by the two further bilateral meetings with the PML-Q leadership. According to a PML-Q functionary, Chaudhry Pervaiz Elahi gave Zardari the right to decide on “ a common future course of action” in discussion with him.

It’s stated that the only difference between the PPP and the PDM was on the timing of the stir, as the PDM wanted the stir tabled at the foremost, while the PPP wanted to bring it after its long march, which was beginning on February 27.