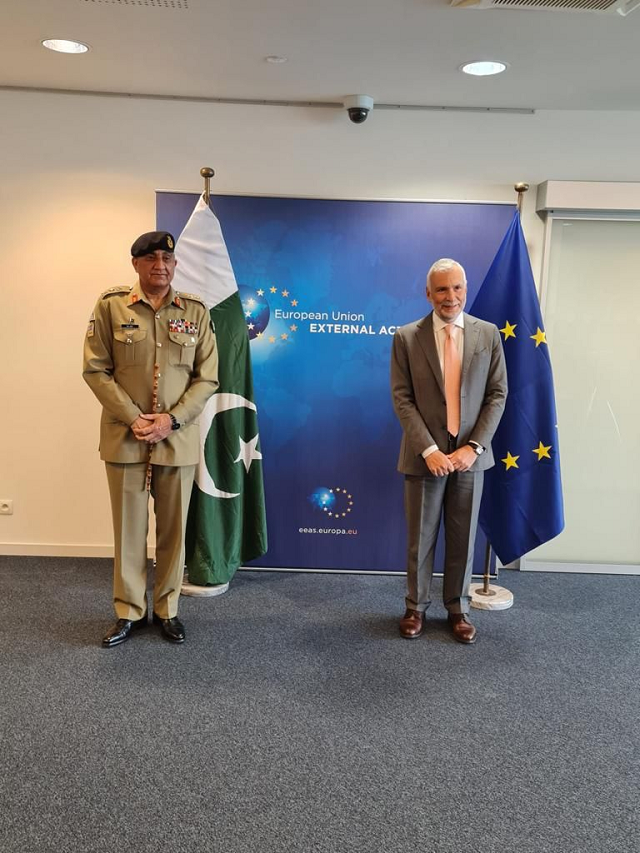 During the meeting matters of mutual interest, overall regional security situation including the current situation in Afghanistan bilateral relations with EU were discussed, the Inter-Services Public Relations (ISPR) said in a statement on Thursday.

The EU dignitaries appreciated Pakistan sincere efforts for peace and stability in the region and pledged to play their role for increased collaboration with Pakistan at all levels.

Earlier in December, US Special Representative for Afghanistan Thomas West called on the army chief and discussed the latest situation in Afghanistan, besides opportunities of bilateral cooperation and matters of mutual interest, the military said.

The ISPR quoted Gen Qamar as saying that the “world and the region could not afford an unstable Afghanistan”, as he stressed the need for global convergence to avert a looming humanitarian catastrophe