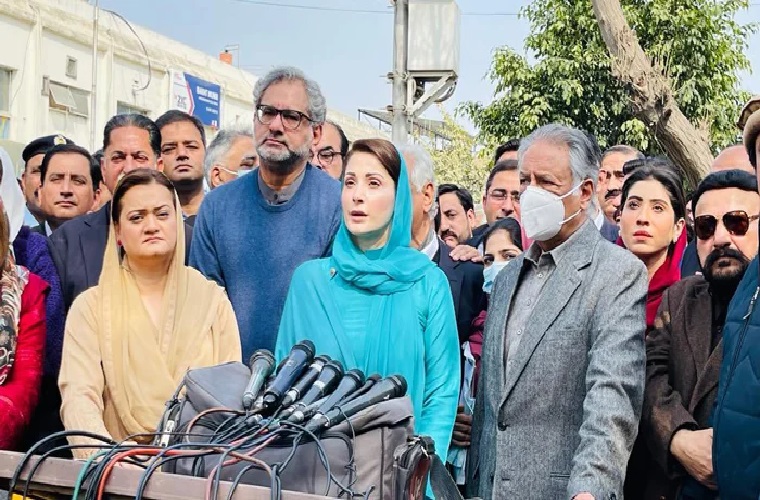 Islamabad -Pakistan Muslim League N Vice President Maryam Nawaz said on Thursday that the opposition’s arranged no-trust movement against the government may “be a hazard that ought to be taken” since Prime Serve Imran Khan was “on his final legs”.

Talking to columnists after appearing at the Islamabad Tall Court within the Avenfield Lofts case, Maryam was inquired on the off chance that Shehbaz Sharif would leave as PML-N president in the event that the “no-confidence bet” failed.

Maryam reacted that she was confident of the move’s victory “since Imran is on his final legs and it’s a chance that ought to be taken”, including that the messages sent by her party to displeased legislators were too pertinent to the PML-N itself.
She did not expand on who she was alluding to as “disappointed” legislators or what messages were sent to them. “If the resistance does not take a joined together stand here at that point we’ll be faulted for it. It’s eventually the open that we need to go back to at the time of elections.”
Reacting to a address on whether she bolstered another expansion for the armed force chief, Maryam said “it’s a untimely address and we do not have any points of interest some time recently us”.

NCOC confirms critical condition of over 2360 Covid patients in Pakistan