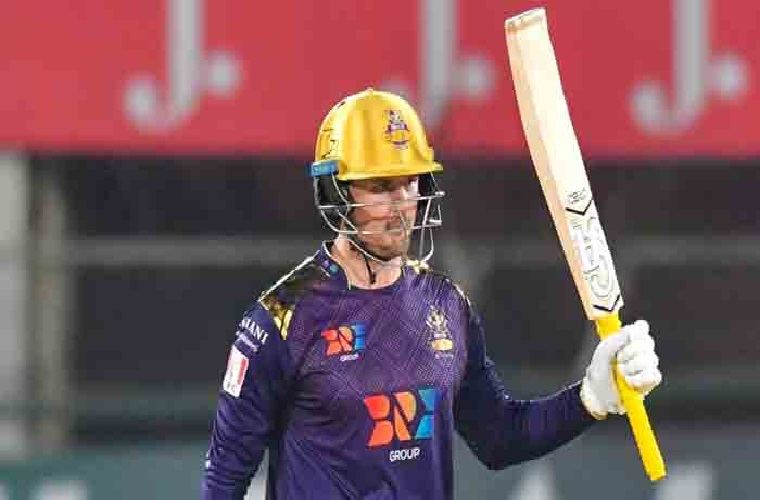 Lahore -Jason Roy has been fined 5% of his coordinate expense for level-1 breach of the Pakistan Super Association (PSL) Code of Conduct on Sunday, a articulation issued by the Pakistan Cricket Board (PCB) said.

This happened amid his side’s eight-wicket overcome against Lahore Qalandars within the 20th coordinate of the competition at the Gaddafi Stadium.
Roy was found to have damaged Article 2.21 of the PSL Code of Conduct for Players and Player Back Faculty, which relates to “conduct that brings the amusement into disrepute,” taking after his response after he was decreed caught behind by Asif Yaqoob off Shaheen Shah Afridi.
Roy conceded the offense and acknowledged the authorize proposed to be forced by Roshan Mahanama. In this manner, no formal hearing took put.
The charges were leveled by the on-field umpires Asif Yaqoob and Michael Gough, third umpire Rashid Riaz and fourth umpire Waleed Yaqoob. All first-time offenses of level-1 breaches carry a least punishment of an official caution and/or burden of a blade