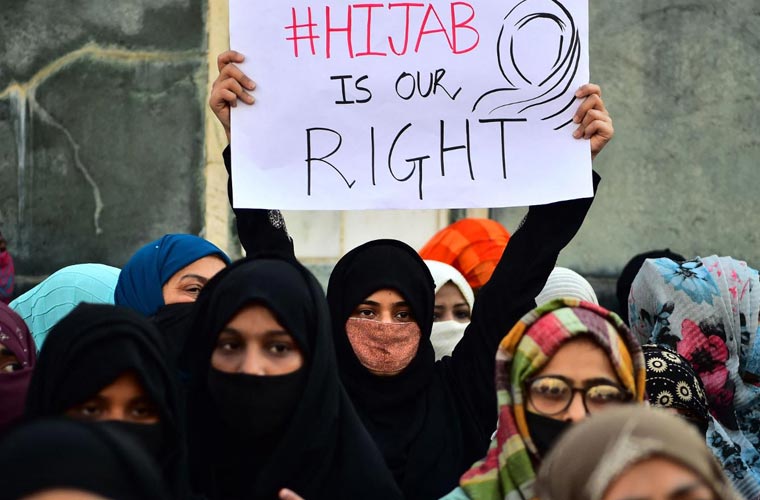 Mumbai -India’s Ministry of External Affairs on Saturday said “motivated comments” on New Delhi’s internal matters are “not welcome” as the country faces criticism over banning hijab in colleges and schools of a southern state.

Muskan Khan becomes symbol of bravery in muslim world
The spokesperson of the ministry, Arindam Bagchi, said the “matter regarding dress codes in some educational institutions in the state of Karnataka is under judicial examination by the Honourable High Court of Karnataka. Our constitutional framework and mechanisms, as well as our democratic ethos and polity, are the context in which issues are considered and resolved”.
Protests Over School Hijab Ban Grow in Modi’s India

Pakistan on Wednesday condemned the “reprehensible act” of banning Muslim students from wearing hijab in the Indian state of Karnataka and summoned Indian Charge d’ Affaires in Islamabad and conveyed to him the government of Pakistan’s grave concern over the incident.