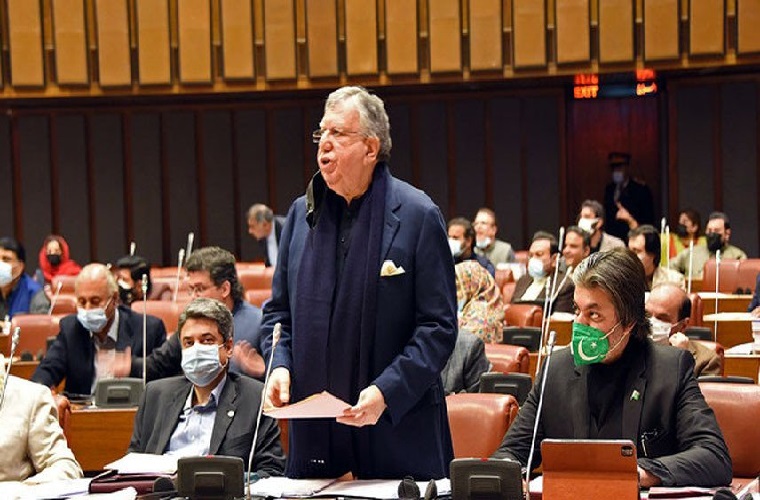 Islamabad -Pakistan will defer payments from next month using Saudi oil facilities, the Senate was informed on Friday.

Finance Minister Shaukat Tarin told the House of Representatives during question time that the government was trying not to pass on the full burden of the increase in international oil products to the people. “We have lowered the sales tax and oil development tax on petroleum products to ease the burden on the masses,” he said.
The foreign exchange reserves of the State Bank of Pakistan have increased over the past year, which will help ease pressure on the rupee, the finance minister said. The country’s exports and remittances are increasing, while the trade deficit fell by $1.5 billion last month, he said. In response to supplementary questions, the finance minister said Pakistan had met 27 of the 28 conditions set by the Financial Action Task Force.
He hoped that the country would come out of the grey list at the next FATF review meeting. Science and Technology Minister Shibli Faraz told the House of Representatives that the governments of Punjab and Khyber Pakhtunkhwa have initiated important projects to provide clean drinking water.
Parliamentary Affairs Minister of State Ali Mohammad Khan said several multi-billion rupees worth of projects have been launched for the development of Balochistan and Gwadar provinces. In his speech, Senate House Leader Shahzad Wasim said that Pakistan wants to build friendly relations with all countries, including the United States.
He categorically stated that Pakistan does not belong to any camp. He regretted that international human rights had been silent on India’s growing religious hatred and extremism, saying India was experiencing its worst Islamophobia, which posed a threat to peace and stability.