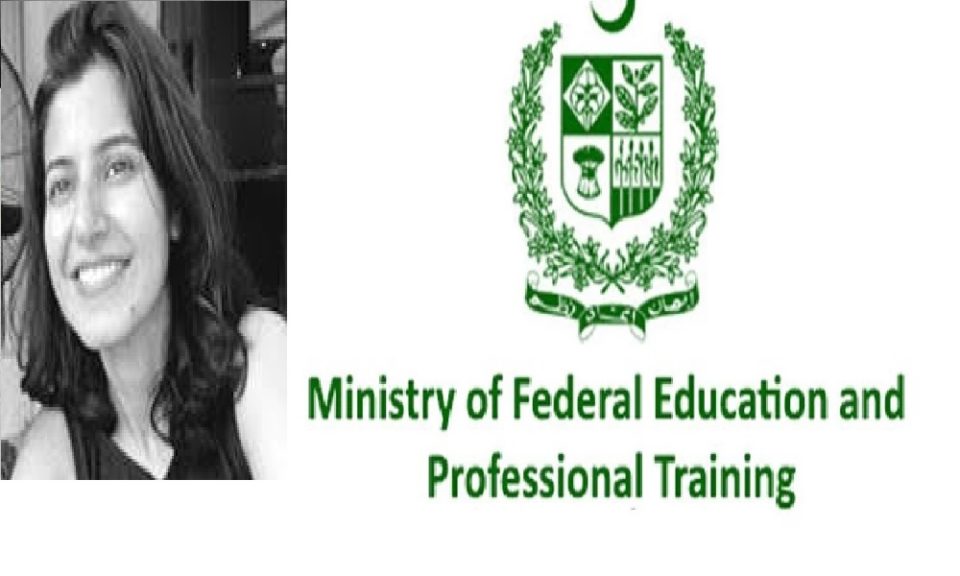 Islamabad – Federal Education Ministry’s Technical Adviser Dr Ayesha Razzaq has resigned from her post but the Education Minister Shafqat Mahmood has not accepted her resignation.

Dr Ayesha confirmed that she had met with the HEC chairman following his reinstatement. Dr Ayesha said it was absurd for a meeting with a legally restored officer to be seen as “some kind of treasonous act”. Education ministry sources confirmed they did not accept Dr Ayesha’s resignation and her reservations would be lifted.