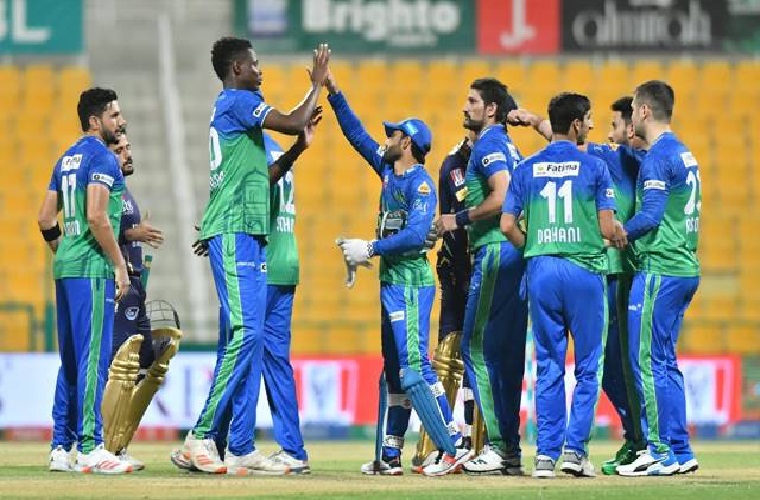 The Mohammad Rizwan-led side continued their dream run in the seventh edition of the prestigious T20 league with a 42-run victory against Peshawar Zalmi in the 16th fixture of the tournament, the first of the season to be played at the Gaddafi Stadium, Lahore on Thursday.

Put into bat, Sultans got off to a fine start with the in-form Shan Masood (player of the match) celebrating his call-up to the Pakistan Test squad for the series against Australia with 68 off 49 balls (eight fours, one six). Shan and Mohammad Rizwan added 98 for the first-wicket partnership. Rizwan contributed 34 off as many balls.

The big-hitting Tim David provided impetus to the Sultans innings with 34 off 18 balls, he hit three sixes to take his tournament sixes tally to 18 – the highest amongst all batters for the HBL PSL 7 season. Wahab Riaz took his first two wickets of the ongoing season conceding 34 runs in four overs, Salman Irshad also took two along with Saqib Mahmood who bowled a fine final over conceding a mere seven runs for two wickets.