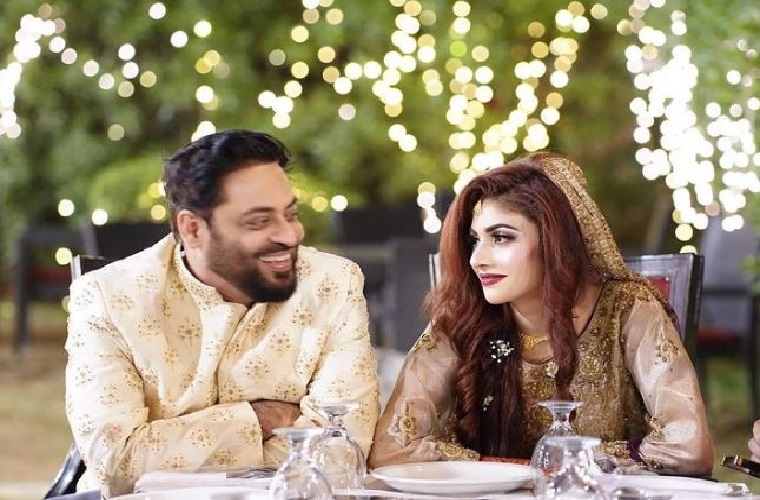 The announcement of the wedding was made by PTI MNA Aamir Liaquat Hussain in a social media post on Thursday.
Last night tied the knot with 18 year old Syeda Dania Shah, who belongs to a glorious Najeeb ut Tarfain “Sadaat” family in Lodhran, South Punjab, Saraiki is lovely, charming, simple and lovable.

I would like to ask all my good people, please pray for us, I just passed through a dark tunnel and it was a wrong turn,” Amelia Carter said. The announcement of the third wedding came hours after his second wife, Syeda Tuba, revealed she had taken Khula out of court.

“After 14 months apart, it became clear that there was no hope of reconciliation and I had to choose to take Khullah out of the courtroom,” Tuba shared. On Wednesday, after months of speculation, Amir’s second wife, Syeda Tuba Anwar, also wrote a lengthy note on her social media account, revealing that the woman had taken Khullah from court.

Dialogue session on Protection of Balochistan’s Culture on July 11