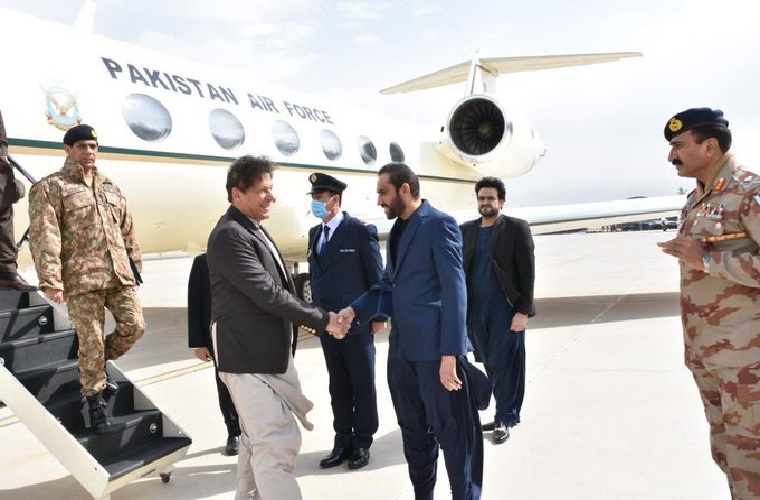 Quetta – Prime Minister Imran Khan and Chief of the Army Staff (COAS) General Qamar Javed Bajwa  arrived in Balochistan to pay tribute to the martyrs and the security forces for repulsing terrorist attacks on their camps in Panjgur and Naushki.

He will be given important operational briefing there.
The Prime Minister and Chief of the Army Staff (COAS) General Qamar Javed Bajwa will also meet soldiers in Naushki. Local elders will also call on the Prime Minister.
In a tweet, Minister for Information and Broadcasting Chaudhary Fawad Hussain said our soldiers whose determination is higher than the mountains and whose spirits are wider than the seas are our pride.
He said these sons of Pakistan are always ready to sacrifice their lives for the motherland.
He said today’s cabinet meeting has been cancelled.
During his Naushki visit, PM Imran Khan will address the personnel of the Frontier Corps (FC) and lay a floral wreath at the martyrs’ monument, days after the security successfully countered terrorist attacks in Balochistan.