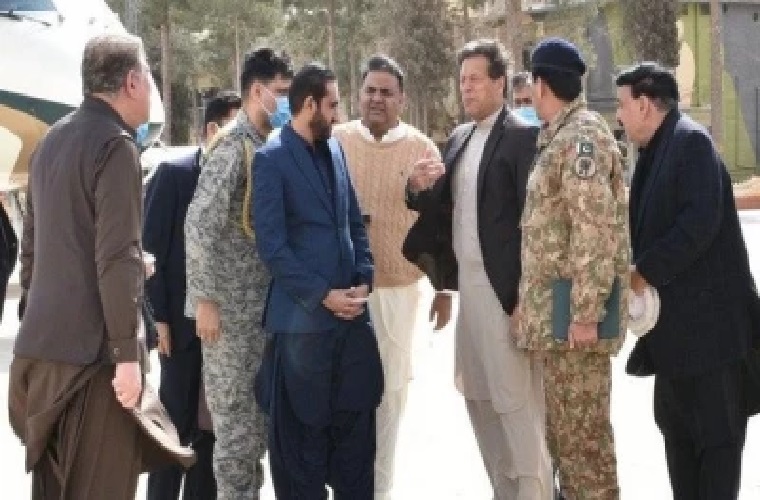 The premier made the announcement while addressing a ceremony in Naushki, where four members of the armed forces, including an officer, were martyred last week during a terrorist attack on a security camp.

Chief of the Army Staff (COAS) General Qamar Javed Bajwa was also present on the occasion.
At the outset of his speech, PM Imran paid tributes to the “heroes who neutralised terrorists and saved lives” during the last week’s attacks.
“I am in Naushki today to give army jawans the message that the entire nation is standing with them,” he said.
He commended the country’s armed forces for their performance in the war on terror, saying that the manner in which they had fought the war and protected the country in “challenging times” was unrivalled.
None of the other defence forces anywhere else in the world, including Afghanistan, matched the calibre of Pakistan’s armed forces, he added.
“The nation is confident now that terrorism cannot prosper in Pakistan. I want to tell you (armed forces) on behalf of the entire nation … we are confident that no [act of] terrorism can cause any harm to the country.”

The premier then announced a 15pc increase in the salaries of FC and Rangers personnel, acknowledging that inflation had been growing in the country.
But, he added, the entire world was witnessing a “storm of inflation” at present and even developed nations like the US and Britain, which had more resources than Pakistan, were seeing highest inflation in years.