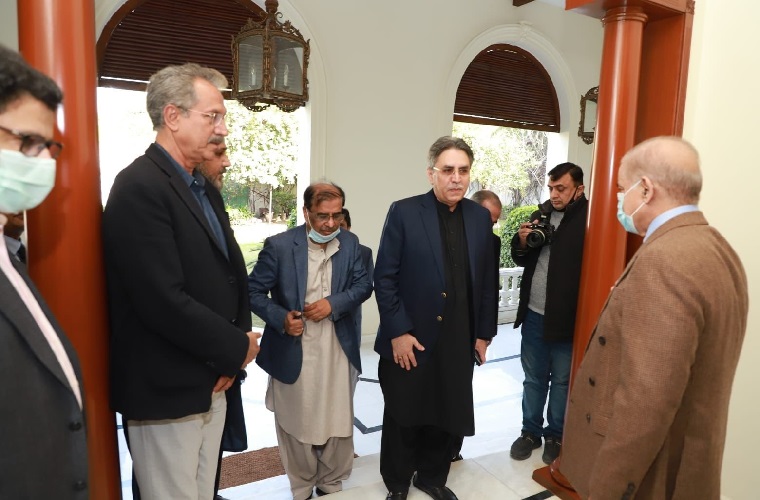 The two sides discussed the political and economic situation. MQM delegation consists of Wasim Akhtar PML-N leaders Ahsan Iqbal, Khawaja Saad Rafique, Miftah Ismail and party spokesman Marriyum Aurangzeb were also present. Earlier, the MQM delegation called on the PML-Q leadership to inquire about Chaudhary Shujaat’s health. Speaking to the media after the meeting, Chaudhary Pervaiz Elahi, chairman of PML-Q in Punjab, said the meeting did not discuss a move of distrust. “The opposition just cleaned up the kitchen and it wasn’t cooked,” he added. Aamir Khan, deputy convener of the MQM, said they were allies of the government and would consult with the government to make a decision.