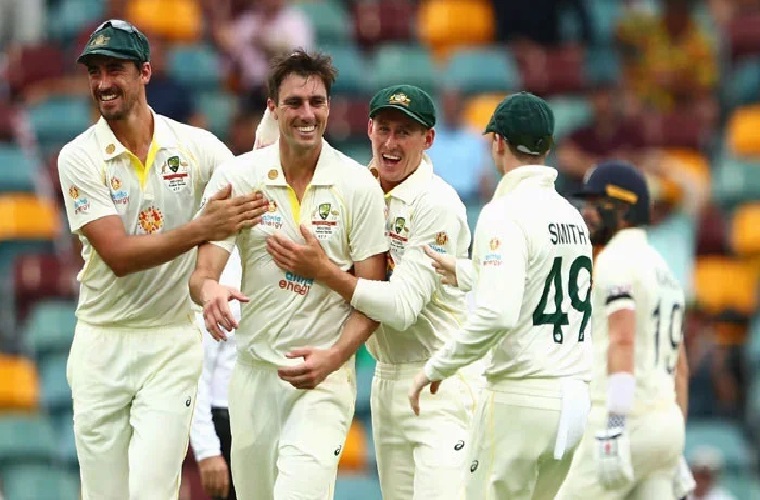 Islamabad (Web Desk) -In their first squad announcement since Justin Langer stepped down as coach, Australia has named a full squad for next month’s three-Test tour of Pakistan.

The Australians are playing in Pakistan for the first time in almost 25 years and the series will be the Test team’s first overseas tour since facing England in the 2019 Ashes series. Fast bowler Josh Hazlewood is back from injury, while Scott Boland, one of the standouts in Australia’s 4-0 Ashes series win over England earlier this season, has retained his place in the Pat Cummins captaincy.
After England and New Zealand pulled out of the tour of Pakistan late last year, fears that senior players would be withdrawn from the tour over safety concerns have proven unfounded.
No Australian team has been to Pakistan since 1998. “This team covers all scenarios, including conditions, because it’s been such a long time since Australia have been to Pakistan,” said scout George Bailey . “With several tours in the sub-continent and a World Cup day in India on the horizon, it’s a big challenge for the band to top spot after Ashes’ home run of success.”
It’s also a very historic tour considering how much time has passed since the last time an Australian team toured Pakistan. Ashton Agar is the only player in the team who has not featured in the Ashes series, which was Langer’s last in charge before his resignation on Saturday.
The Australians will be led throughout the tour by caretaker manager Andrew McDonald’s. The first test will kick off in Rawalpindi on March 4, with the second meeting scheduled for Karachi on March 12. Lahore will host the final test from March 21.
The two countries will also play three one-day internationals and a Twenty20 match.Équipe provinciale australienne : Pat Cummins (c), Ashton Agar, Scott Boland, Alex Carey, Cameron Green, Marcus Harris, Josh Hazlewood, Travis Head, Josh Inglis, Usman Khawaja, Marnus Labuschagne, Nathan Lyon, Mitchell Marsh, Michael Neser, Steve Smith, Mitchell Starc, Mitchell Swepson, David Warner