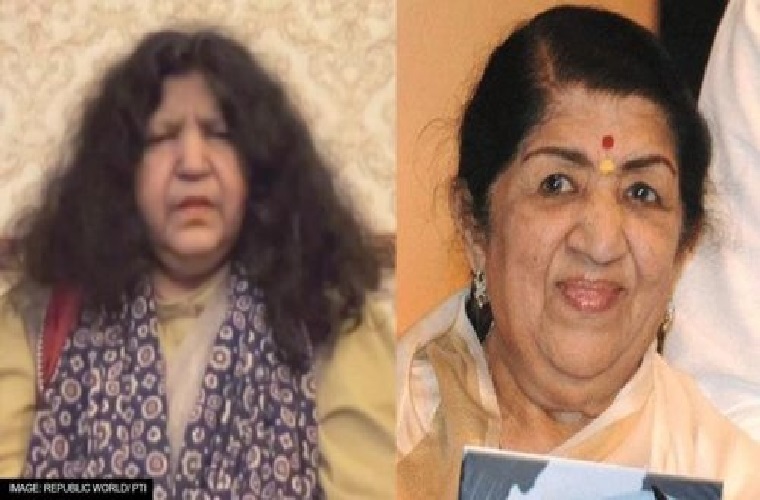 Karachi -Pakistani Sufi singer Abida Parveen paid a heartfelt tribute to the Indian singer Lata Mangeshkar, known to millions as the ‘Nightingale of India’ who breathed her last on Sunday morning at the age of 92.

The Lag Jaa Gale singer’s death has sent the global entertainment fraternity in a state of distress. Amid all this, the Tu Jhoom singer has appeared for an exclusive interview with the Indian media and paid tribute to the star.
Remembering the artist, Parveen remarked that the veteran singer’s voice was nothing but a ‘gift from god’, and the humility she displayed despite possessing such a gift was unique.

Legendary Bollywood Singer Lata Mangeshkar, Dead at 92
“Lata Ji’s soul was selected by God we can’t picture it, she was someone whose voice sparked with its own uniqueness. Whatever songs she has sung, she would completely immerse herself into them. The pain would be reflected like a gift from God. She made the entire world her own with this gift”.

Legendary singer Lata Mangeshkar tests Covid positive
She went on to say, “She was so humble, she would think nothing of herself. I remember she was once asked- do you like your songs. She had replied, if I get another life, I would sing them again and correct them, she was so humble. Big people like her are never satisfied with their work. People can learn from her songs like they do from a school,” Parveen told Indian media.
The Chaap Tilak singer completed her tribute to the late artist with the soul-stirring ghazal Dhundo Ge Agar Mulkon.