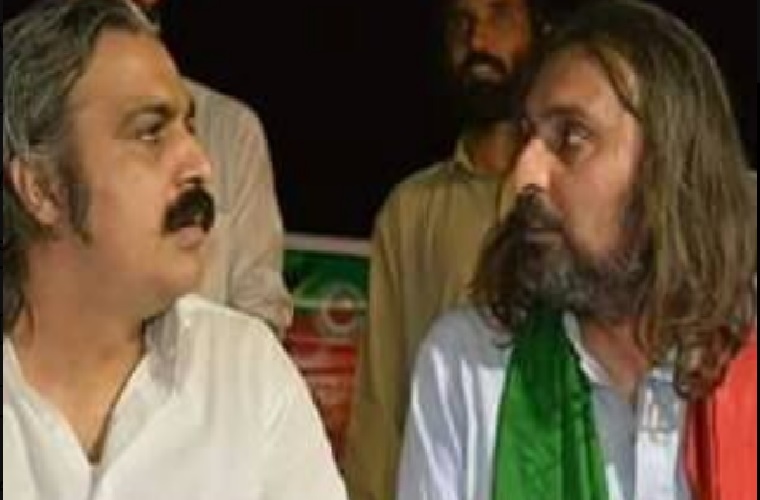 Dera Ismail Khan -The Election Commission of Pakistan Monday disqualified Umar Amin Gandapur, brother of Federal Minister For Kashmir Affairs Ali Amin Gandapur, from contesting local body elections for violating the Code of Conduct announced by the commission for the local government elections in the province.

Umar Amin Gandapur was contesting the election on the ruling PTI’s ticket for the slot of mayor in Dera Ismail Khan District.
In its verdict, Chief Election Commission (CEC) Sikandar Sultan Raja ruled that PTI candidate Umar Amin Gandapur has been disqualified from contesting polls for the city’s mayor seat.
Earlier, the CEC had said that this case would be made an example so that the election laws are strictly followed by all the contestants.
Meanwhile, the ECP lifted the ban on Ali Amin Gandapur’s visit to Dera Ismail Khan. Gandapur, however, has been barred from attending the political meetings and rallies in the district.
On February 4, the ECP had ordered the forcible ‘ouster’ of Gandapur from Dera Ismail Khan district during the second phase of local bodies elections in Khyber Pakhtunkhwa. He was expelled from the district for violating the code of conduct and reportedly running his brother’s political campaign.
At the outset of today’s hearing, the ECP allowed Gandapur to participate only in family gatherings and ceremonies in the district.
Strict action will be taken against Gandapur if he violates the election laws again, warned the ECP.
Polling for the city council’s mayor slot will be held on February 19 in Dera Ismail Khan.
Earlier, the ECP had even warned him that in case of repeated violation of the code of conduct, disqualification proceedings could be initiated against him.