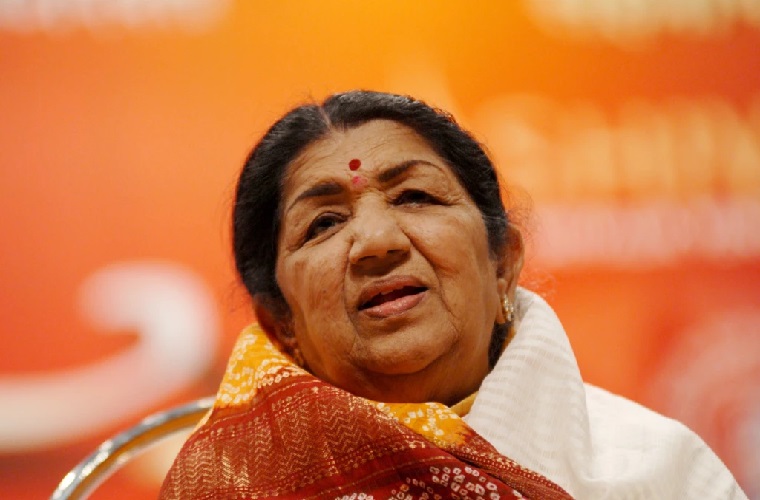 Mumbai – An era of music has come to an end as Indian singer Lata Mangeshkar passed away at the age of 92 on Sunday.

She is survived by her four siblings. The cause of Mangeshkar’s death has not been announced yet. She was hospitalised on Jan 11 after being infected with COVID-19.
Mangeshkar’s voice has rung out of television sets, on crackly airwaves and from movie theatres for most of independent India’s three quarters of a century, making hers the defining voice of many generations, and earning her the title of “The Nightingale”.

Two days of national mourning will be observed with the Indian flag flying at half mast.
“I am anguished beyond words,” Modi wrote on Twitter.
“The kind and caring Lata Didi has left us. She leaves a void in our nation that cannot be filled. The coming generations will remember her as a stalwart of Indian culture, whose melodious voice had an unparalleled ability to mesmerise people.”
Born in 1929 in pre-independence India, Mangeshkar began singing in her teens, and in a career spanning 73 years sang more than an estimated 15,000 songs in 36 languages.
She enthralled music-mad Indians with her lilting voice and sheer range, singing everything from patriotic songs to romantic numbers, both in films and albums.
The world of Bollywood – where movies were unthinkable without at least six songs and where everything from romance to grief was narrated with the help of a ballad – was where Mangeshkar cut her teeth and later made her name.
Other Bollywood personalities and politicians offered condolences.
Classically trained, Mangeshkar moulded her voice to the demands of singing for Bollywood movies, even voicing songs in her 60s for an actress who was in her 20s.

Ushna Shah has a special request for all ‘males’