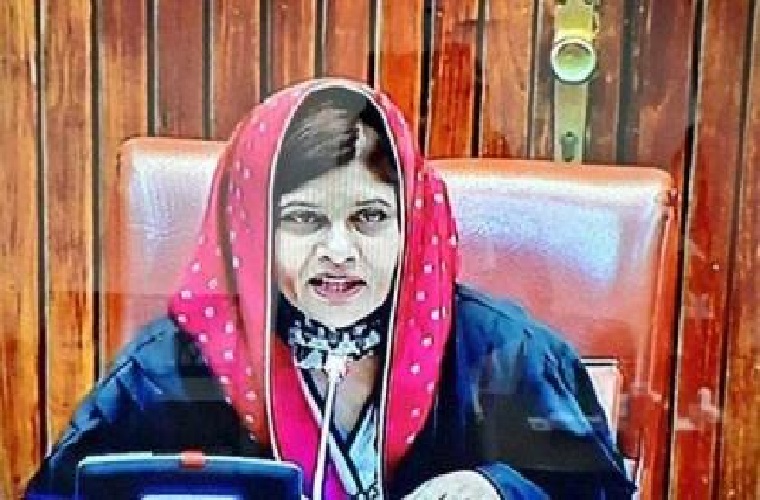 Islamabad – The Senate on Friday unanimously approved a resolution to express solidarity with Kashmiris in connection with Kashmir Solidarity Day, which will be marked on February 5.

The session was chaired by Hindu Senator Krishna Kumari Kohli. Members of the upper house of the parliament warmly welcomed her when she sat on the chair’s seat.
“A Hindu presiding [over] the Senate session on Kashmir in Pakistan. Chairman Senate [asked] our colleague Krishna Kumari Kohli to do the honour. In connection with #KashmirSolidarityDay, it’s a strong message going out depicting [the] difference between Pakistan and Hindustan,” Senator Faisal Javed Khan wrote in a tweet.

Taking to Twitter, Kohli said it was a “great honour” to chair the session on Kashmir.

It is great honour i chaired senate session called to discuss the current situation in Indian illegally occupied Jamu and Kashmir on the eve of Kashmir Solidarity day.Thanks @SenatePakistan, Thanks chairman @BBhuttoZardari for giving me opportunity to be member of Senate Pakistan pic.twitter.com/TSNN8mS6yG

“It is great honour [that] I chaired the Senate session called to discuss the current situation in Indian Illegally Occupied Jammu and Kashmir (IIOJK) on the eve of Kashmir Solidarity Day,” she said.