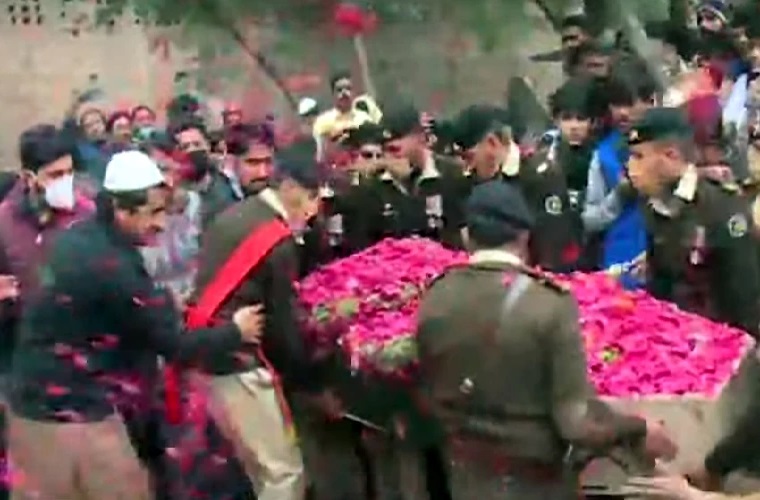 According to the ISPR, a smartly turned out contingent of the Pak Army saluted the martyr’s body. Citizens showered rose petals on his body and chanted slogans of ‘Nara-e-Takbeer, Allah-o-Akbar’ and ‘Long Live Pak Army’.
Captain Bilal had embraced martyrdom while fighting against anti-state elements in Naushki. He has left behind father, two brothers and a sister to mourn.
The father of the martyred army officer, Captain Dr Bilal Khalil, said that they met their son three months back before he joined his duty in Nushki. ”My son wanted to sacrifice his life for homeland,” he said.
A total of 13 terrorists were killed, while seven soldiers embraced martyrdom as security forces repulsed terrorist attacks on their camps in Balochistan’s Naushki and Panjgur, the Inter-Services Public Relations (ISPR) said on Thursday.