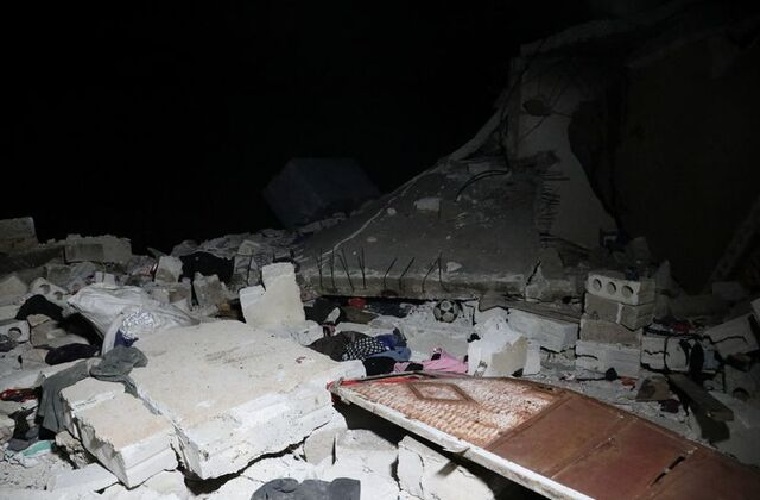 ATME (AFP) – US special forces carried out a brazen nighttime airborne raid in northwestern Syria during which the head of the Islamic State group was “taken off the battlefield”, US President Joe Biden said on Thursday.

The operation, in which Kurdish forces also took part, was conducted in the Idlib region where his better-known predecessor Abu Bakr al-Baghdadi was killed in similar raid in 2019.
“Last night at my direction, US military forces in the northwest Syria successfully undertook a counterterrorism operation to protect the American people and our Allies, and make the world a safer place,” Biden said in a statement.
“Thanks to the skill and bravery of our Armed Forces, we have taken off the battlefield Abu Ibrahim al-Hashimi al-Qurashi — the leader of ISIS,” he said, using another acronym for IS.
A US official said Qurashi blew himself up during the raid.
Qurashi, who was also known as Amir Mohammed Said Abd al-Rahman al-Mawla, replaced Baghdadi after his death in a US raid in October 2019, had a reputation for brutality.
Initial reports that followed the operation near the town of Atme had suggested the target might have been a senior jihadist close to IS rival group Al-Qaeda.
The Pentagon had acknowledged the operation earlier but without providing details, describing it only as “successful”.
Biden, who said he would “deliver remarks to the American people”, only added that no US servicemen were wounded during the operation.
The Syrian Observatory for Human Rights war monitor said civilians were among at least 13 people killed in the operation, which saw elite US forces make a perilous helicopter landing near Atme.