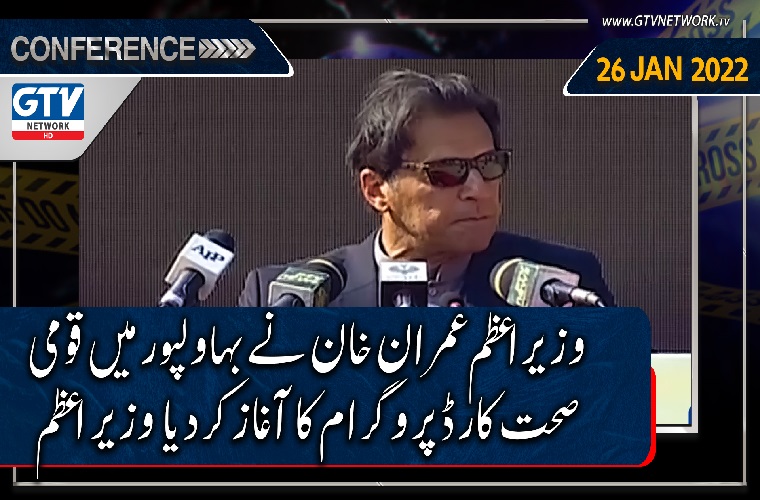 According to details, Chief Minister of Punjab (CM) Sardar Usman Buzdar and other provincial and federal ministers were also present on the occasion.

As per Prime Minister’s Office, Qaumi Sehat Cards have already been issued in Khyber Pakhtunkhwa, some divisions of Punjab, Islamabad, Tharparkar, Gilgit-Baltistan and Azad Jammu and Kashmir.
With inclusion of more than 10.5 million people from Rahim Yar Khan, Bahawalpur and Bahawalnagar districts, the number of eligible families and individuals benefiting from the Qaumi Sehat Card scheme in Punjab will increase by 63 percent.

PM Khan launched Naya Pakistan Qaumi Sehat Card scheme in Islamabad
Qaumi Sehat Card is a revolutionary initiative by the government which will provide free medical treatment in government and selected private hospitals up to one million rupees.

Sehat Sahulat Program for Azad Jammu and Kashmir launched
Earlier, in a tweet today, Minister of State for Information and Broadcasting Farrukh Habib said the PTI is the first government which is providing Sehat Cards to each family without any discrimination.