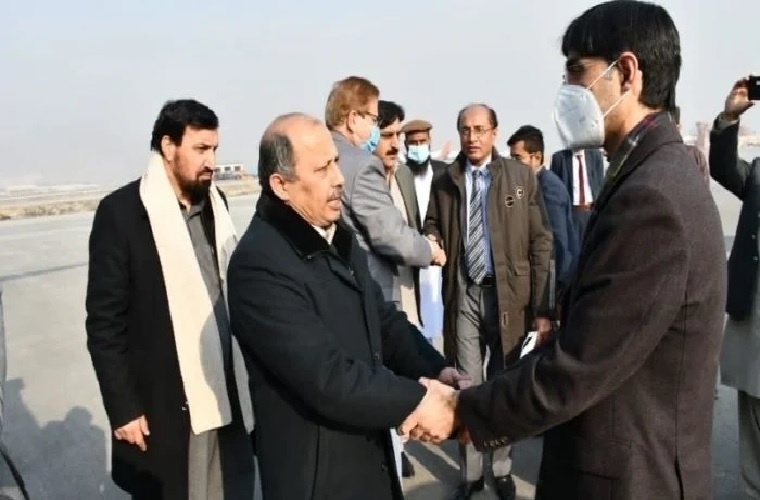 Islamabad -Pakistan and Afghanistan agreed to establish a high-level committee to handle border concerns following the conclusion of a two-day visit to Kabul by Pakistan’s National Security Adviser Moeed Yusuf, who also heads the Afghanistan Inter-Ministerial Coordination Cell (AICC), according to a press statement issued by the Press Information Department.
The purpose of the visit, according to the press release, was to discuss with the Afghan leadership the country’s humanitarian situation as well as Pakistan’s recommendations to deepen economic participation to help Afghanistan overcome its existing challenges. The delegation included Special Envoy for Afghanistan, Ambassador Muhammad Sadiq, as well as senior officials from key ministries.
The NSA met with Afghanistan’s Acting Deputy Prime Minister Mullah Abdus Salam Hanafi and Acting Foreign Minister Mullah Amir Khan Muttaqi during the two-day visit to discuss the current situation in Afghanistan and the strengthening of bilateral cooperation, it was reported.
Dr Moeed Yousuf also met with other relevant Afghan ministers and senior officials to discuss humanitarian and economic issues at the delegation level. The visit resulted in significant progress in terms of economic cooperation and social sector support, the statement read.
Both parties agreed to create a National Level Coordination Mechanism to strengthen facilitation at Border Crossing Points. They also agreed to start barter trade, with details to be worked out immediately, read the press release.
During the visit, Pakistan offered capacity-building and training assistance to Afghanistan in a variety of sectors, including health, education, banking, customs, railways, and aviation, it was reported.

Electricity at reasonable price to consumers priority of government: PM