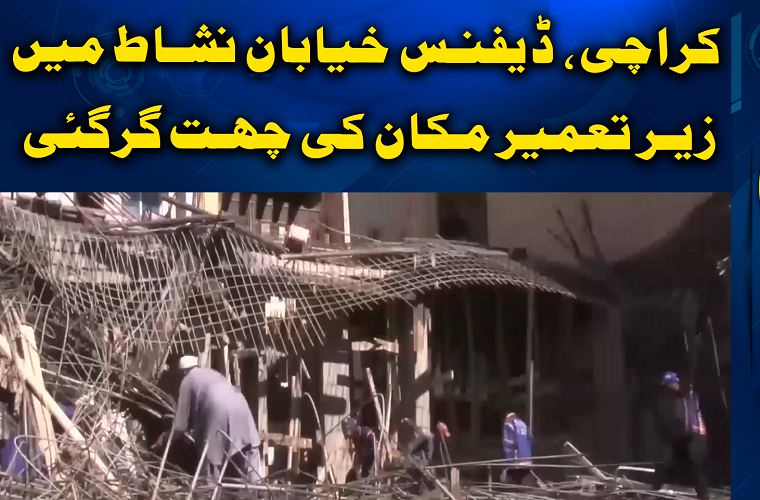 Karachi -One labourer was killed while some are feared trapped under the debris after the roof of an under-construction building collapsed in Karachi’s Defence.

Rescue sources relayed that the roof of an under-construction building located in Defence’s Khayaban-e-Nishat caved in, burying several labourers under the debris.

According to preliminary reports, as many as 12 people got buried under the debris of a building, including masons and building contractor Hanif, as the roof of its first floor collapsed.
The SSP South told that rescue teams are trying to take out masons trapped under the rubble, whereas cranes and other heavy machinery have arrived at the site to remove rubble.
According to rescue teams, one of the two injured rescued from the site has succumbed to his injuries on the way to the hospital.