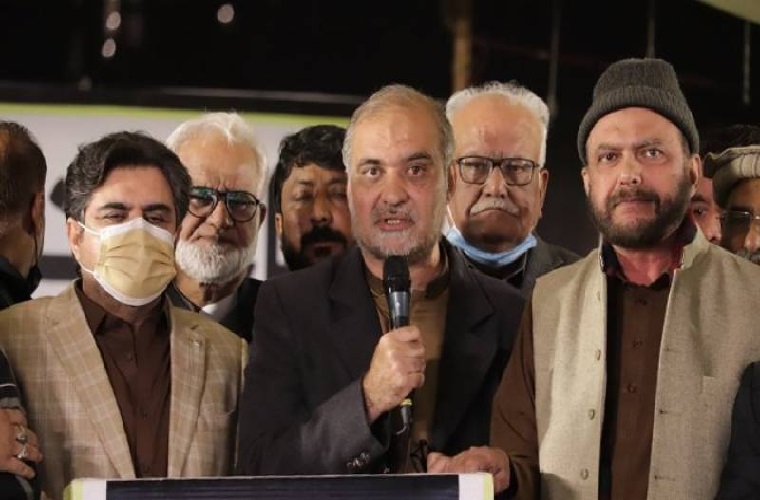 Karachi -The Jamaat-e-Islami (JI) has announced to call off the sit-in after almost a month in Karachi as the negotiations with the Sindh government bore fruit in connection with the law governing the Local Governments.
JI’s Karachi leader Hafiz Naeemur Rehman said the sit-in continued for 29 days for the resolution of the issues the megacity faced.
The JI and the provincial government has drawn up a written agreement, according to which the Local Bodies’ institutions regarding health and education will again be handed over to the Local Bodies, said Sindh Minister for Local Government Syed Nasir Hussain Shah.
Nasir Shah read out the salient points of the agreement.
The Sindh government will bring amendments in the Local Government Act of 2013, announced Nasir Shah while addressing the participants of the sit-in. He said that the provincial government will issue notifications in one to two weeks regarding issues that require the issuance of notification.
The two sides reached an agreement to amend the Local Government act. The sides also agreed on the establishment of the Provincial Finance Commission. The mayor and town chairman will be members of the commission.
The commission will be awarded after the Local Bodies representatives assume powers, said Nasir Shah.
Medical and Dental College will also be returned to Karachi Municipality. The Solid Waste Management Board will function under the Mayor Karachi.
Powers will be given to the mayor and chairmen in the Building Control Authority and other development authorities, said Shah. Also, the provincial government will release monthly and annual funds to the UCs on the basis of population, he added.
Hafiz Naeem said sit-ins will no longer be staged in different places of the city. However, he clarified that the struggle is not over yet. “With the implementation of this agreement with the Sindh government, we have to get some issues resolved by the federation,” he said.