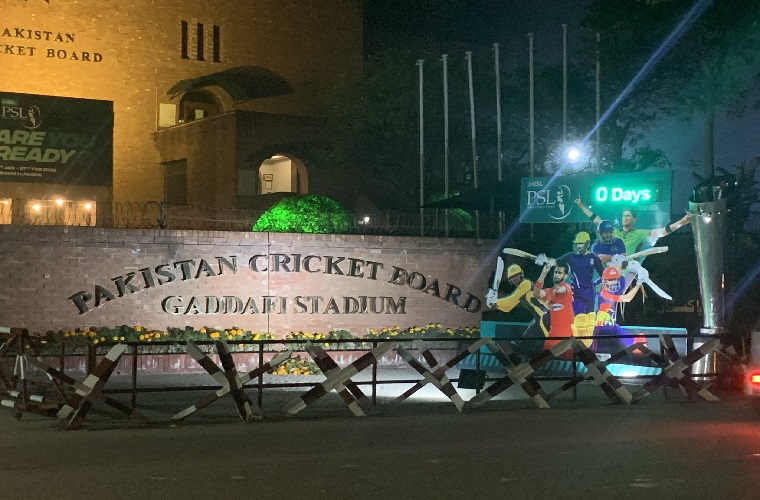 Karachi -Wait is over for the cricket lovers as the most anticipated festivity of Pakistan Super League 7 has been started at Karachi National Stadium at 6:30 pm with colourful inaugural ceremony.

This is the third time that an opening ceremony is being held in Karachi. The National Stadium had also played host to the opening ceremony for the 2021 edition.
The ceremony, which was being attended by a 25 per cent crowd to fill the stands, was opened with the national anthem of Pakistan. PCB Chairman Ramiz Raja welcomed the players, support staff and guests at the start of the ceremony.
The inaugural ceremony was started with the short documentry of Pakistani cricket history and briefed about the national hero in the cricket.
A paragliding show — with three international paragliders — has also been broadcasted for the spectators. While paragliders will also demonstrate landing acts for the cricket lovers.

PSL7 ;Fire breaks out at National Stadium Karachi
Later, leading singer Atif Aslam and Aima Baig performed at the inaugural ceremony as well as entertained the crowd in the opening ceremony while fireworks have also shown in the opening show.