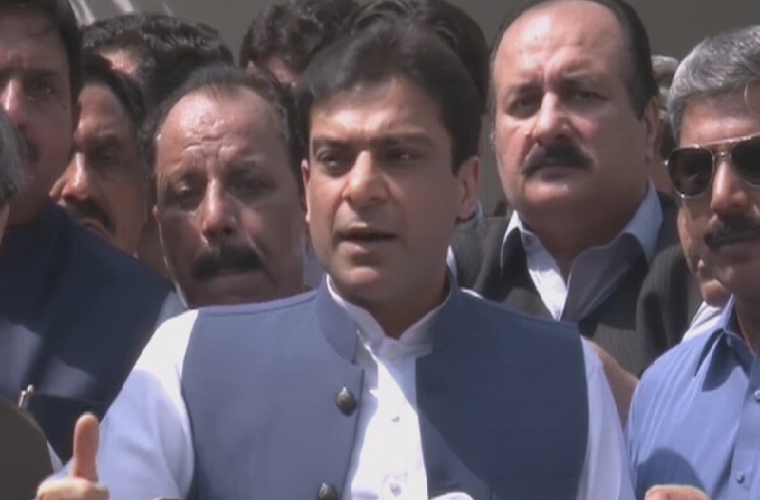 Lahore – Pakistan Muslim League (PMLN) leader Hamza Shehbaz has said that lies of Prime Minister Imran Khan have been exposed before everyone.

Talking to the media on Thursday, he said that Imran Khan had demolished every one’s home and legalized his own. “It is the time for Imran Khan to come in the public court. I and my father faced 150 hearings. Shehbaz Sharif made projects of billions of rupees. Farmers got a package of Rs400 billion during his tenure,” he added.
Hamza Shehbaz said that today Imran Khan brought an agenda of eradicating corruption and refuses to admit transparency report. “Imran Khan has become insensitive to the problems of the common man. Cases were filed against Shehbaz Sharif and Hamza Shehbaz but not any evience was provided in this regard,” he concluded.