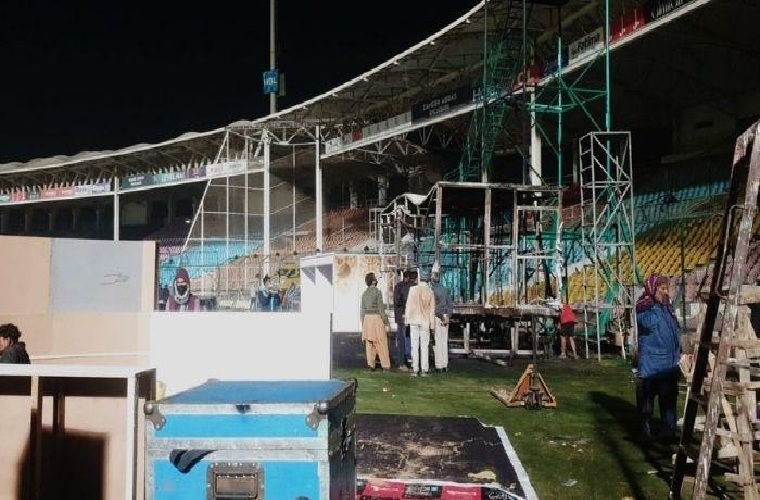 Karachi– Fire has erupted at National Stadium of Karachi during the preparations of Pakistan Super League’s (PSL) seventh edition.

As per details, the fire tenders and security teams reached the stadium and launched operation to extinguish the blaze.
The rescue personnel told that, the fire broke out at stadium’s commentary box due to short circuit.
The sound system also turned to ashes because of the blaze, the officials told.
It must be noted that the National Command and Operation Centre (NCOC) has given the nod for 25 percent crowd attendance for the Karachi-leg of the PSL7, which will be played at the National Stadium from January 27 to February 7.
The NCOC will make a decision closer to time for the Lahore-leg matches scheduled at the Gaddafi Stadium, which will be played from February 10-27.