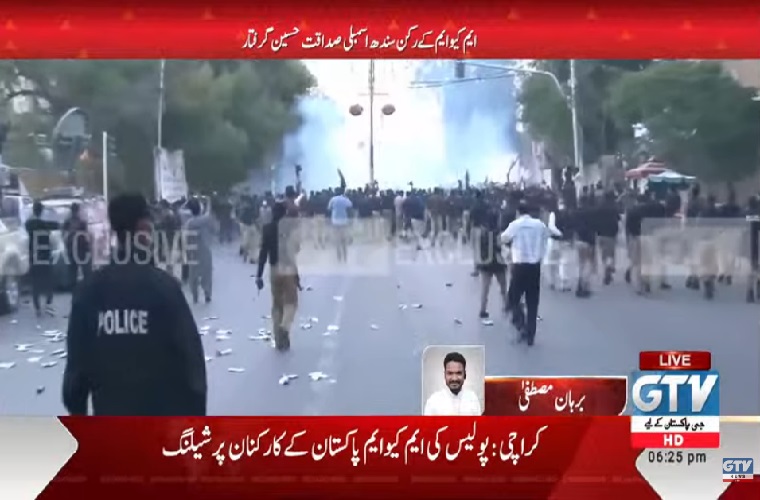 Karachi -The Muttahida Qaumi Movement Pakistan (MQM-P) marchers and police have come face to face in the red zone of Karachi outside the Chief Minister House.

Latest reports say the police have fired teargas shells on the protesters who earlier forced their way through the police barriers and staged a sit-in at the CM House.
At least five activists have been arrested along with MPA Sadaqat Hussain.
The protest has caused traffic woes in and around Saddar. Several roads have clogged up.

The shelling began after negotiations to persuade the protesters to leave the area failed.
TV footage showed several protesters running to avoid the tear gas. They were seen coughing.
The police action also affected passersby and reporters.
Some of the MQMP activists tried to push the police back using batons.