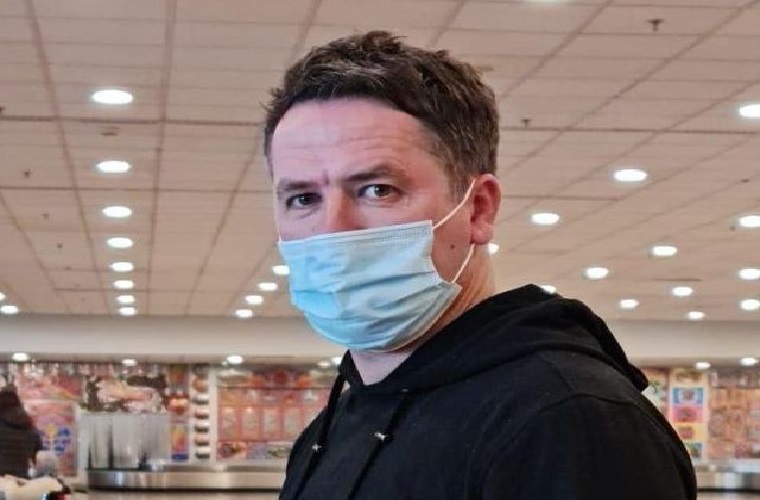 Islamabad -Legendary England footballer Michael Owen arrived in Pakistan on Tuesday in a bid to promote football in the country.

The former striker will participate in multiple football related activities, while also meeting top officials including the Prime Minister, Imran Khan, and Army Chief, General Qamar Bajwa. He will also attend a dinner hosted by President Dr Arif Alvi.
The 42-year-old, Owen, will also lay the foundation stone of a football stadium in Karachi on January 26.
Owen revealed that 20 of Pakistan’s top footballers will be sent to Ireland for further training.
“We are creating a program whereby 20 of Pakistan’s best footballers are going to come over and play at St Patrick’s in Ireland. They have got a great pathway to all of Europe, they sell players and they can be a stepping stone to the Premier League,” said Owen.
He was also
unimpressed with the state of football in Pakistan.
“Football
is played all over the world and it’s a real shame that there are 220 million
people here [in Pakistan], with a large part being young people, but there isn’t
a very good structure for football,” he said.
“We can’t
fix everything at once. I think we need to create something where people want
to play football, want to be out there with their friends, kicking the ball and
want to improve their skills. Then we move it to being coached well with better
facilities,” he added.
The Chester-born scored 118 goals in 216 matches for Liverpool between 1196 and 2004. He added 13 more to his tally at Real Madrid in 36 appearances after leaving Liverpool. He also played for Newcastle United, Manchester United and Stoke City over the course of his illustrious career. He also scored 40 goals in 89 matches for England’s national side.
Owen’s arrival in Pakistan is part of a collaboration