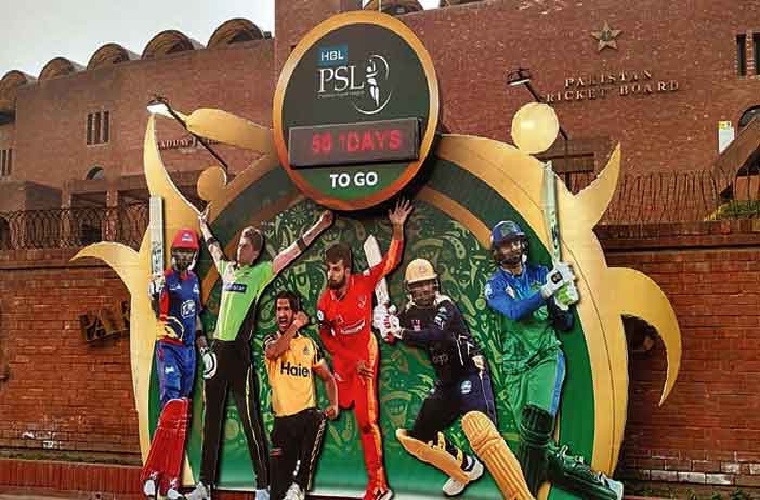 Lahore – Pakistan Cricket Board has announced stern Covid protocols for the upcoming edition of country’s flagship cricket league as the Omicron driven fifth wave of the pandemic continues to get worse in Pakistan.

Reports in local media said no handshakes will be allowed after the game while players won’t be able to share any equipment in wake of an alarming trend.
A statement issued by PCB cited “The Health and Safety Protocols document has been designed to ensure health and safety of all participants as well as to provide them a safe and secure environment to prepare, play and perform in the PCB’s marquee event”.
All participants of the league will join the managed event environment after the three-day room isolation and two negative PCR Tests.
As per the new protocols, the housekeeping staff will not be permitted to enter the guest rooms for servicing and members should open the door and collect the items a minute after the hotel staff has left.

Buy 4 PSL7 tickets and get one Free;PCB
It also decided to test all players multiple times throughout the event as the last two editions were postponed. Players will also undergo another PCR test upon arrival in Lahore and then during the event period in Lahore, there will be seven more PCR tests.
Pakistan Cricket Board has allowed the delivery of food from outside through an approved delivery service. Board also highlighted that dressing rooms will be sanitized by dedicated staff before the teams’ arrival.
It also added that the positive cases will be isolated from the rest of the squad by the team management in isolated units. Any Individual isolated due to suspected symptoms will be immediately tested by PCR for Covid-19.

PSL7: Inzamam thinks Zalmi & Qalandars have ‘best combination’
Sharing stern directives on breaches, the board announced penalties, including fines and expulsion from the league in case anyone is found breaching the protocols.
The penalties include a 5 percent fine of match fees with a ban from 1 to 5 matches to expulsion from the league depending on the severity of the breach.