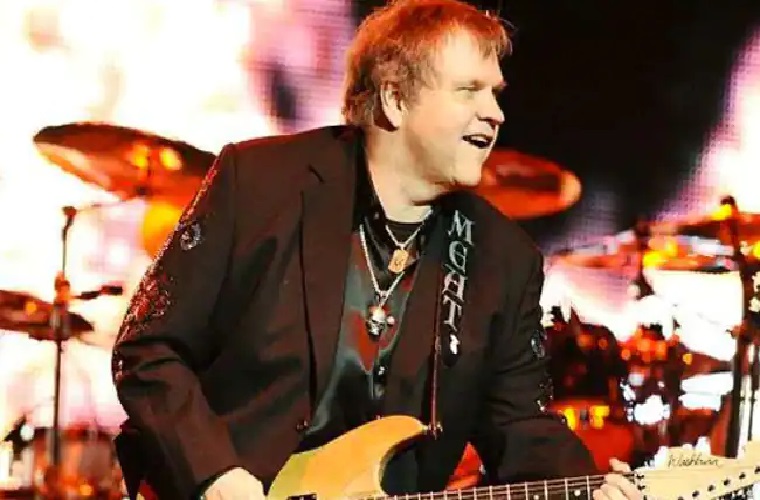 Los Angeles (Web Desk) -Renowned American singer Meat Loaf passed away Friday,His death was announced on his official Facebook page on Friday evening, with a post saying he died with his wife Deborah Gillespie by his side.
“Our hearts are broken to announce that the incomparable Meat Loaf passed away tonight with his wife Deborah by his side. Daughters Pearl and Amanda and close friends have been with him throughout the last 24 hours,” the post said.
“We know how much he meant to so many of you and we truly appreciate all of the love and support as we move through this time of grief in losing such an inspiring artist and beautiful man.
“We thank you for your understanding of our need for privacy at this time. From his heart to your souls … don’t ever stop rocking!”
Meat Loaf was born Marvin Lee Aday and later went by Michael Lee Aday in his personal life. The post did not disclose his cause of death, but he had numerous health scares over the years.
Bat Out of Hell, his mega-selling collaboration with songwriter Jim Steinman and producer Todd Rundgren, came out in 1977 and made him one of the most recognisable performers in rock.
Fans fell hard for the roaring vocals of the long-haired, 113-plus kilogram singer and for the comic non-romance of the title track, You Took The Words Right Out of My Mouth, Two Out of Three Ain’t Bad, and Paradise By the Dashboard Light, an operatic cautionary tale about going all the way.
After a slow start and mixed reviews, Bat Out of Hell became one of the top-selling albums in history, with worldwide sales of more than 40 million copies.
The singer, whose real name was Michael Lee Aday, was honoured with the Hero Award at the annual Q Awards music ceremony in 2016.
Aday was born in Dallas, Texas, on 27 September 1947 and was an only child.

Farah Khan signed Shoaib and Sania’s son for the film

A view on benefits of Yoga