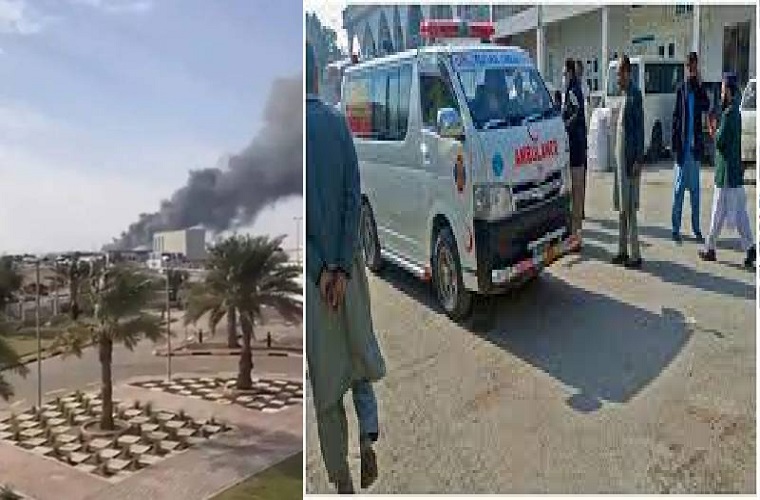 Peshawar– The body of a Pakistani national, who was killed in an attack by Houthis on Abu Dhabi this week, was repatriated and handed over to his family.
Pakistan’s embassy in Abu Dhabi shared a tweet about the development saying Mamoor Khan’s body was repatriated to Peshawar Airport from Abu Dhabi. Khan’s body was flown to Peshawar Airport from Abu Dhabi Airport where Pakistani diplomatic staff was also present.
Mamoor Khan, who hailed from the Waziristan region of Khyber Pakhtunkhwa (KP) province, was a driver in Abu Dhabi Oil Company and was at the site during the unfortunate incident. He travelled to the Gulf state around three years ago.
Overseas Pakistanis Foundation reportedly made the local transportation arrangements. A senior official of welfare division told a foreign media outlet that OPF regional head of KPK and its other senior officials received the dead body of Mamoor Khan and arranged for its local transportation to his hometown near the Pak-Afghan border town in North Waziristan.
The official also added to facilitate the bereaved family in getting the insurance amount, salary, and other financial compensations as the Pakistani national was killed in an accidental death.
Meanwhile, the deceased’s brother commended UAE authorities and Pakistan’s mission in Abu Dhabi for facilitating the repatriation of the body.
Pakistani embassy earlier said that the injured citizens are being treated at a local hospital in Abu Dhabi. Three people, including a Pakistani and two Indians, were killed and six others injured in a drone strike on the morning of January 17 in the capital of the United Arab Emirates.
Three, including a Pakistani national, were killed and six others were wounded in a drone strike on January 17 in Abu Dhabi, the capital of the United Arab Emirates. The Houthis are being strongly condemned from all over the world, including Pakistan, after the attack.

CPEC has put Balochistan on the path of progress and prosperity: Bajwa