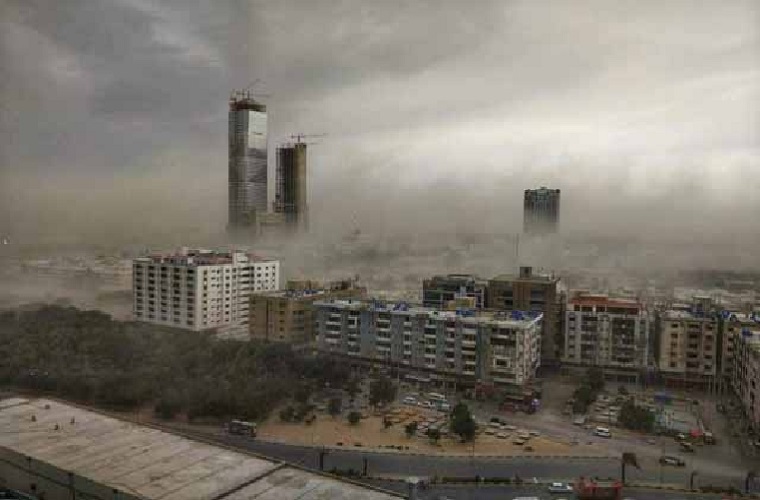 Karachi – A dust storm along with strong winds swept across Karachi on Friday, causing various setbacks.
According to the reports, the walls and roofs of houses collapsed due to strong winds and dust storm. At least three individuals died and five among women have allegedly been injured due to terrible climate conditions in the city.
The trees and electric pole also fell down due to the storm in Gulshan-e-Maymar, Baldia Sparco Road, Orangi Gulbai and Nazimabad. Under-constructed walls fell down due to storm in Gulbai Sher Shah, North Nazimabad and Orangi Town.
In Shershah Gulbai and North Nazimabad, two children died after a school wall collapsed. The bodies have been moved to the hospital.
The Pakistan Meteorological Department has forecasted that a cold and dry spell with gusty winds is likely to enter Karachi on Saturday and cause the mercury to dip to the single digits. On Friday, the city’s temperature was a warmish 21 degrees Celsius and it felt more humid as the rate was 87%.
According to the Met Office, due to a steep pressure gradient, strong winds from the west have started blowing with an average speed of 25-30kts. They are likely to persist till midnight.