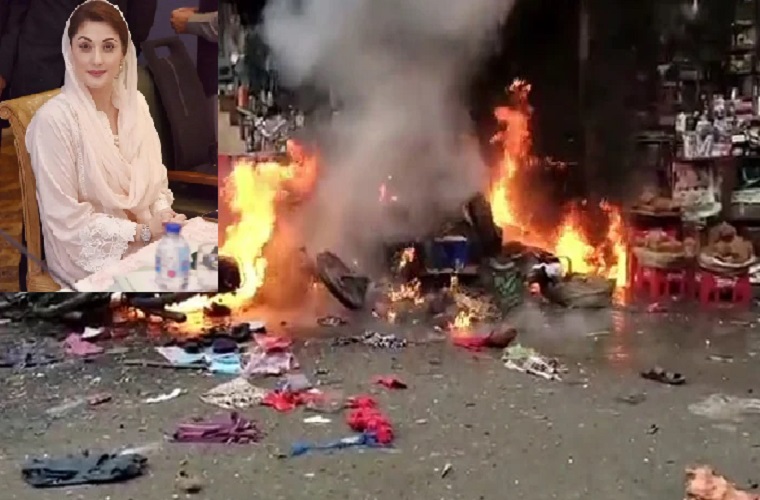 Lahore – Vice President Pakistan Muslim League-N (PML-N) Maryam Nawaz on Wednesday condemned the explosion that hit Lahore’s Anarkali Bazar, the area where a number of market places and a variety of businesses are located and scores of people visit the market every day.
According to details, Maryam Nawaz said in a Twitter message that the explosion in the busiest Anarkali market is a very sad and disturbing incident.

She also stated that nine people, including a child, were killed in the explosion while dozens were injured. May Allah have mercy on all of them, their families and Pakistan.
On Thursday, in a tragic incident, at least three people—including a kid were killed while over 20 sustained injuries after a horrific explosion rocked Lahore’s New Anarkali on Thursday (January 20).
At least two people have been killed while 28 including women and children sustained injuries when a blast took place at New Anarkali area in the Punjab’s provincial capital.

Over 3660 new cases of Coronavirus confirmed in Pakistan