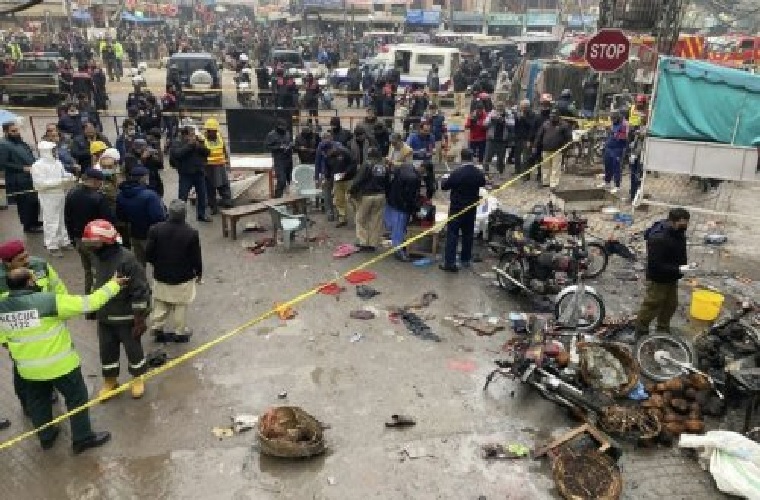 Lahore -A blast near Lahore’s Anarkali Bazaar area on Thursday killed at least two people — including one child — and injured 28 others.
Police officials said that an improvised explosive device (IED) was used in the blast. Windows of nearby shops and buildings were left shattered by the explosion, while motorcycles parked near the site of the blast were damaged.
Speaking to the media, Punjab Health Minister Dr Yasmin Rashid said that at least two people lost their lives in the blast, including a child.
She said that a total of 28 people were brought to the hospital, out of which one was already dead, while a child lost his life in the hospital during treatment.
The injured included three women, who are now in stable condition, she said.
The minister further informed the media that four patients are currently being operated on and are in critical condition.
Shedding light on the details of the injuries, Rashid said that no burnt cases were reported; however, all injured had orthopaedic injuries.
The deceased include a man identified as Ramzan, 31, who was a resident of Ferozewala and a 9-year-old child identified as Absar, who hailed from Karachi.