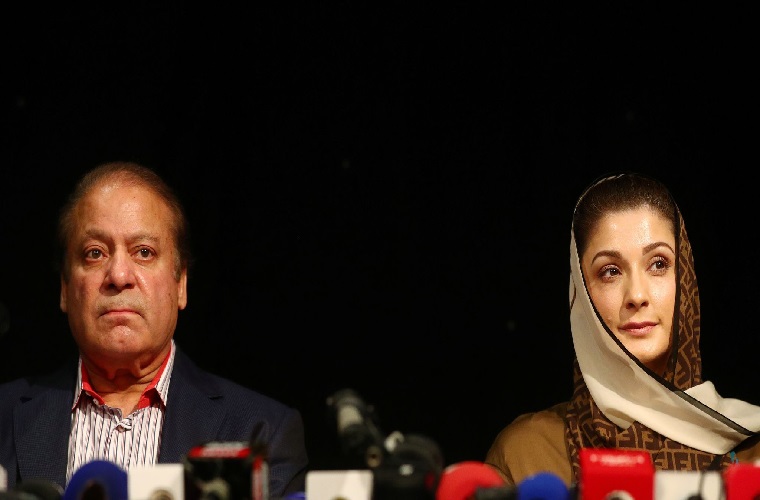 Islamabad -Vice President Pakistan Muslim League-Nawaz (PML-N) Maryam Nawaz has said that her father and former Prime Minister Nawaz Sharif will soon return to Pakistan.
While talking to media today, the PML-N leader said that despite worst conditions, our political party never broke.
“Every member of party stands beside Nawaz Sharif like a rock,” GNN quoted Maryam as saying during her interaction with the press.
Responding to a question regarding former Prime Minister’s advent, Maryam said that PML-N will decide the time of arrival of Mian Sahib (Nawaz Sharif).
“Nawaz Sharif will soon return to Pakistan,” said Maryam, adding that aren’t you (media) tired of asking same question.
Referring to the recent Murree tragedy, PML-N vice president said that Imran Khan is stuck under the burden of his own performance and can’t stay in power for long.
“Minister’s indifference was seen on the Murree tragedy,” she said, adding that despite being in power Imran Khan is not respected by his own people.
She further added that, “From their circumstances, it seemed that the government is a guest for a few days”.
“Many families lost their lives in Murree due to government’s incompetence, negligence and indifference,” she stressed.
Their end is near, opined Maryam Nawaz.

FM suggests Indian govt should serve the downtrodden and minorities