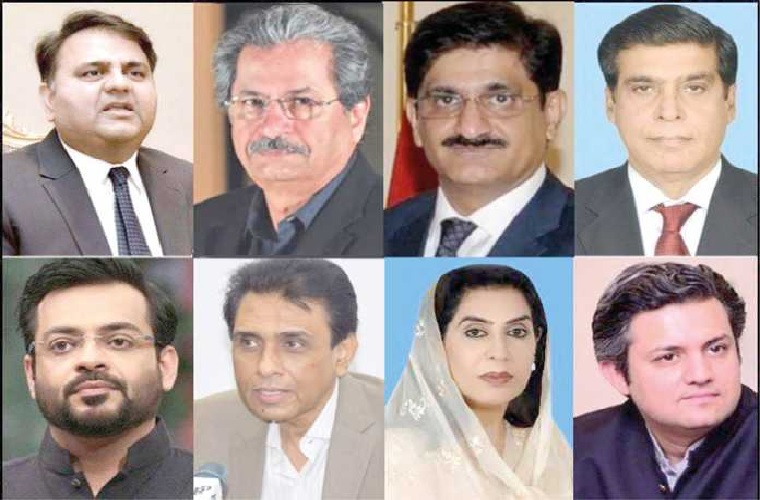 Islamabad -The Election Commission of Pakistan (ECP) has suspended 150 legislators, including federal ministers Shafqat Mehmood and Hammad Azhar, Noorul Haq Qadri, Dr Fehmida Mirza, and State Minister Farrukh Habib, for failing to provide the electoral body with details of their assets and liabilities.
A notification issued by the ECP read that the membership of three senators, 36 members of the National Assembly, 69 members of the provincial assembly (MPAs) from Punjab, 14 Sindh MPAs, 21 MPAs from Khyber Pakhtunkhwa and seven MPAs from Balochistan have been suspended for being unable to meet the annual legal requirement.
Besides this, several other lawmakers who were elected to the legislatures on reserved seats have also been suspended until they fulfil the legal requirement.
The suspended senators include Musadik Malik of PML-N, Senator Dr Sikandar Mandhro of the PPP and Prince Ahmed Omar Ahmadzai from Balochistan. Moreover, Muttahida Qaumi Movement-Pakistan’s Khalid Maqbool Siddiqui, PTI’s Aslam Khan from Karachi, Amir Liaquat and several Opposition members, including PPP MNAs Raja Pervez Ashraf and Abid Hussain have also faced the same fate.
In the notification, the ECP said that under section 137 and sub-section one of the Election Act 2017, every member of the assembly must provide details of assets of himself and his spouse and dependent children to the ECP before December 31 of each year.
Under sub-section 3 of Section 137 of the Elections Act, the membership of members of the assembly and senators who fail to submit details of their assets by January 15 is suspended on January 16.
The ECP said that under the related provision of the Elections Act, the membership of 150 members of the assembly has been suspended and these members will not act as members of legislatures till they submit the details of their assets.