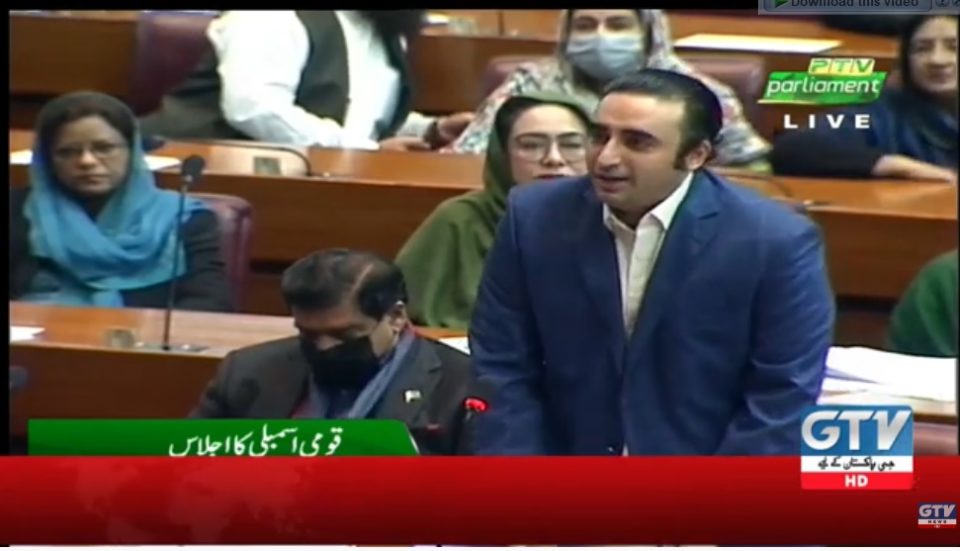 Islamabad -Chairman Pakistan Peoples Party (PPP) Bilawal Bhutto Zardari has termed Prime Minister Imran Khan the ‘biggest economic criminal’ of history.
The PPP chairman in a statement on Sunday criticized PM Imran Khan for his naïve handling of the economic situation. He said the premier would be remembered as the biggest ‘economic criminal’ in the annals of history.
He said when the whole world was embroiled in the economic crisis, Pakistan’s economic state wasn’t as bad as it was now in the reign of PM Khan.
Bilawal said Imran Khan in a bid to toe his benefactor General ® Pervez Musharraf’s zeal to hit 50 percent poverty target, was leading Pakistan on the verge of destruction.

The PPP chairman warned that if Imran Khan was not stopped in his tracks, then he would kindle a fire of such economic annihilation that could not be extinguished for ages.
He apprehended that Imran Khan would flee the country while leaving behind tales of economic deprivation like former prime minister Shaukat Aziz and former president Gen ® Musharraf.
He asked Imran Khan to seek an apology from the common man for committing gross ‘economic crimes’.
Bilawal lamented that after borrowing hugely from the international lenders on strict conditions, PM Khan’s cabinet profligately wasting national kitty in corrupt practices.
He said Imran was not only responsible for the increase in inflation in the country rather he was in fact a protégé of the mafia.
He asked PM Khan that instead of blaming others he should do some introspection. He said the people of Pakistan would never forgive him for his economic delinquencies.
“Imran Khan triggering more poverty and inflation,” he stressed.