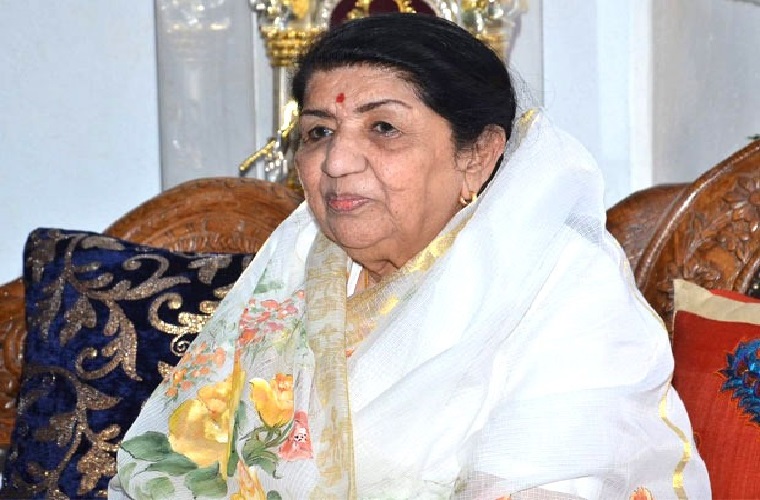 Mumbai – Legendary singer and well-known Bollywood personality Lata Mangeshkar has tested positive for COVID-19.
The veteran singer is 92 and has been admitted to the ICU in Mumbai. The ace singer’s niece, Rachna confirmed the same to ANI that she is experiencing mild symptoms.
Rachna further added that the singer is doing fine and has been kept in the Intensive Care Unit at at The Breach Candy Hospital in Mumbai for precautionary reasons, considering her age. Richa requested fans and netizens to respect the privacy of the family during such challenging times. “Keep Didi in your prayers,” she said.
Mangeshkar was earlier admitted to the hospital in November 2019 owing to her bad health and after she complained of breathing problems. During the same time, Mangeshkar’s younger sister Usha had revealed that the singer had reportedly contracted a viral infection.
Her spokesperson also shared, “Lata Didi showed mild Covid symptoms. So she has been kept in ICU under observation at the Breach Candy hospital as a precautionary measure. The family requests the media to let Lata didi rest and recover and come back home soon.”
Earlier, Kareena Kapoor Khan, Amrita Arora, Sohail Khan’s wife Seema Khan and Sanjay Kapoor’s wife Maheep Kapoor recovered after reportedly being infected at Karan Johar’s party. Soon after that, more celebrities have confirmed the news of testing positive and isolating.
Later, news of actor Arjun Kapoor and his sister, Anshula Kapoor, received a rather unfortunate surprise this year for her birthday. Coincidentally, the Ishaqzaade star, Anshula, their cousin and film producer Rhea Kapoor and her husband Karan Bolani all tested positive for Covid-19 on the eve of Anshula’s birthday.