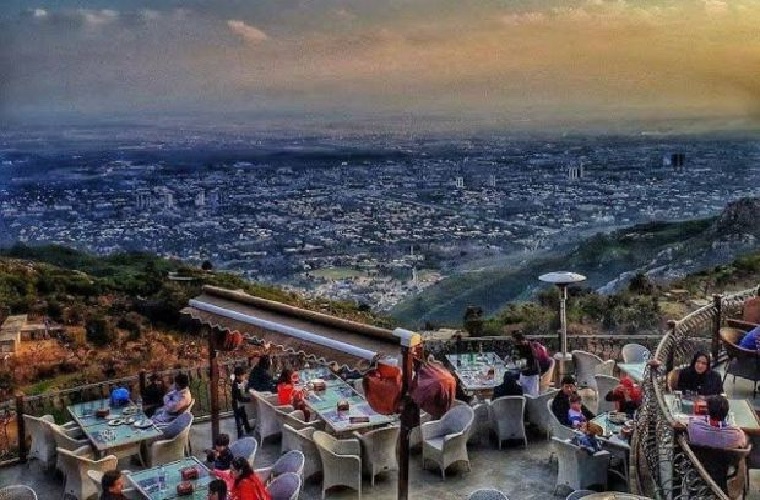 Islamabad -The Islamabad High Court on Tuesday has instructed the Capital Development Authority to immediately seal the Monal restaurant and Navy Golf Course.
The orders were issued by Chief Justice Athar Minallah while hearing a case of encroachment in Margall Hills National Park.
The chief justice questioned the status of the Monal, saying “How it was built, it should not have been constructed.’
“It should be sealed if the lease of Monal has lapsed,” the chief justice said.
The court ordered chief commissioner Islamabad to seal the restaurant on Tuesday.
“No one is above the law. I know how the court orders are enforced,” he said.
Elite encroaching is ruining Margalla Hills National Park, the top judge remarked.
“Who’s responsible for it? The poor people can’t enter the park, it’s the elite who are ruining it. It’s the elite who encroach upon the land and then get it regularised.”

The court added that the Military Farms Directorate’s claim over 8,000 acres of the national park is illegal.
“The land should, once again, be handed back to the park.”
The court also directed the Environment Protection Agency to submit a report on the damages caused by construction on the national park.
The court also instructed the Capital Development Authority to immediately seal the Navy Golf Course.
“The Pakistan Navy encroached the land for the club,” Justice Minallah ruled.
He added that it was said that the golf course is being built for security purposes. But that didn’t happen.
“Seal the golf course today and start an inquiry into it,” the court restated.
Justice Minallah noted that the armed forces were not autonomous and were instead under the control of the Ministry of Defence.
The chief justice said the navy had built a golf course on encroached land which was not “a good thing”. “Every citizen respects the armed forces. If they do this (encroaching on state property) then it will not send a good message,” Justice Minallah remarked.
“We first have to hold ourselves accountable. The poor are mired in poverty due to lawlessness.
“You yourself admitted that the golf course was illegal,” the judge said, before ordering the defence secretary to hand over the land of the golf course to the CDA.