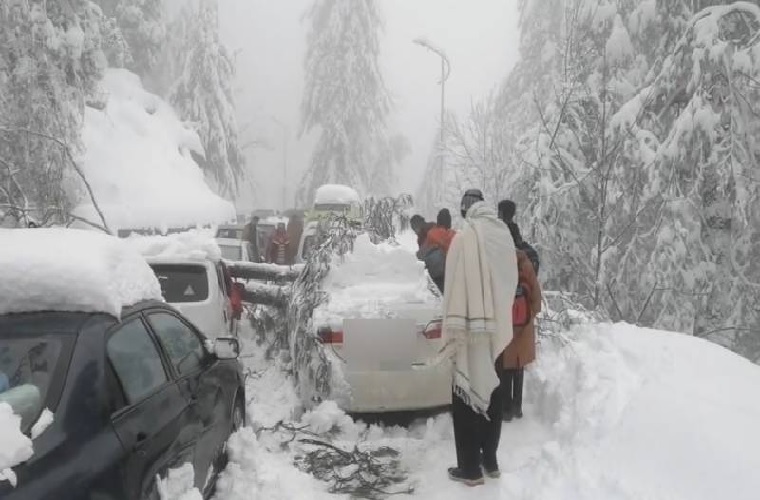 Muree– The government declared Murree as calamity-hit after 21 people were killed due to the heavy snowfall.
ASI Iqbal from Islamabad and his seven family members were killed after being stuck in the heavy snow on Guldana Road.
According to the Met Office, Murree has so far received 5-8 feet snow. On Saturday, gusty winds started blowing after a pause in the snowfall. Thousands of tourists have been stuck in their vehicles.
The tourists are facing numerous problems due to the snow storm. Food and water have run out in several areas. The administration is unable to reach the besieged people.
Meanwhile, hundreds of people spent Friday night on the roads. Residents have been out on the streets distributing warms clothes, blankets, and food to stranded tourists.
The government has decided to seek “undeclared” help from civil-armed forces to evacuate the tourists from the area as well. Shaikh Rasheed said that this is the first time in 15 to 20 years that such an influx of tourists was seen in Murree.