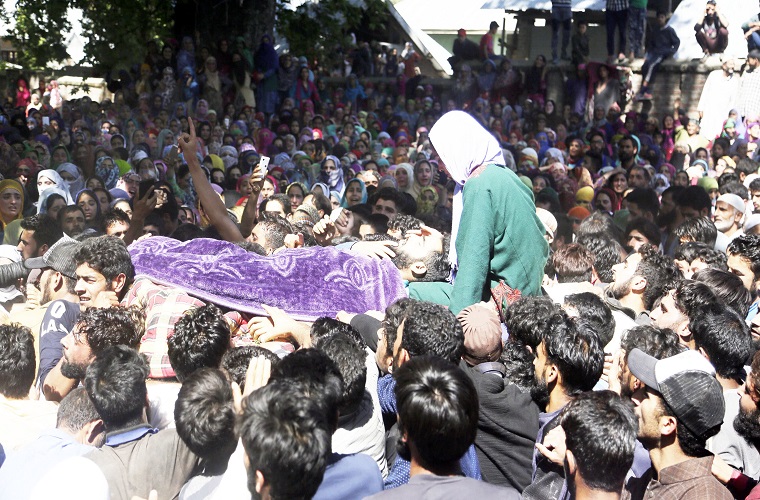 Srinagar – Indian soldiers, in their fresh act of state terrorism, have killed another three young Kashmiris in Badgam district.
The occupational forces targetted the youth during a cordon and search operation in Chadoora area, the Kashmir Media Service reported on Friday.
Another four people were arrested in the in downtown area of Srinagar city.
In a statement, All Parties Hurriyat Conference condemned the unabated killings, arrests and other atrocities by Indian forces’ personnel across the occupied territory.
Meanwhile, occupation authorities disallowed people to offer Jumma (Friday) prayers at the Jamia Masjid in Srinagar, today, for the 23rd consecutive week.
The Anjuman Auqaf Jamia Masjid, in a statement, termed the authorities’ action as a serious violation of fundamental religious rights of Muslims and interference in their religious affairs.

US at UN defends Israeli Jewish settlements and censures Iran

Over 10 million children to face acute malnutrition in 2021: UN