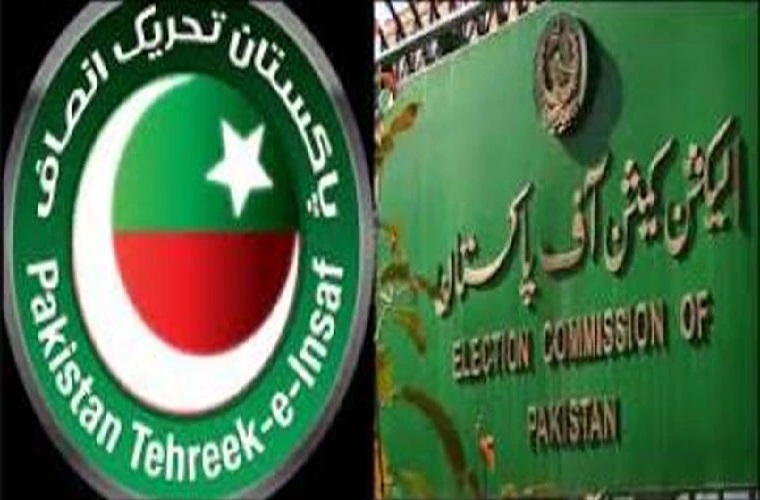 Islamabad -Scrutiny report about Pakistan Tehreek e Insaf (PTI)’s foreign funding on Tuesday revealed that the PTI provided incorrect information to the Election Commission of Pakistan (ECP) regarding the donation money it had received.
The scrutiny report alleged that the PTI hid its 53 bank accounts in its assets details submitted to the ECP. It said the State Bank of Pakistan (SBP) had revealed that the PTI had 65 bank accounts, while the party had only declared 12 bank accounts before the election commission.
Meanwhile, in a post-cabinet meeting press conference, Federal Minister for Information and Broadcasting Fawad Chaudhry said that according to the report “there is no question of foreign funding”, as he demanded scrutiny of the accounts of the PML-N, PPP and all other political parties.
He demanded the election commission put the facts of the foreign funding case before the nation, so the people can themselves analyse which party is raising funds through which means.
Minister for Planning, Development, and Special Initiatives Asad Umar earlier in the day said PTI had the “most transparent” process of receiving funds as everything was documented.
Talking to journalists outside the ECP office in Islamabad, the minister said scrutinising bank accounts related to foreign funding of political parties was the ECP’s job.
However, he stressed that the commission must do its work in the most transparent and impartial way.
“If ECP accomplishes its work transparently and impartially, it would have a very positive impact on Pakistan’s politics,” he said.
The federal minister said scrutiny committees for bank accounts of PPP and PML-N had also been formed, and the ECP should also review reports prepared for those parties’ bank accounts.