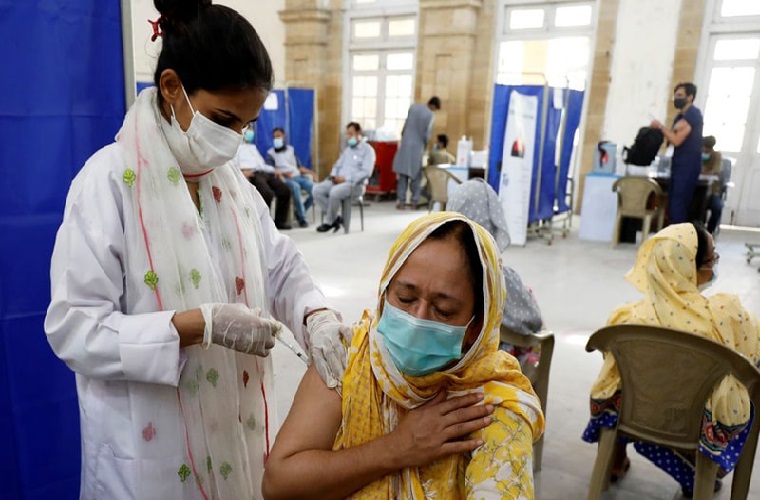 Islamabad -Pakistan has recorded its highest number of COVID-19 cases in a single day since October 30, as 708 infections were detected during the last 24 hours, official data on Monday morning showed.
The statistics issued by the National Command and Control Centre (NCOC) suggested that 45,643 diagnostic tests were conducted overnight, during which 708 people tested positive for coronavirus.
The authorities already warned that Pakistan could move to the fourth wave if the public avoids following safety precautions.
“This Indian variant has caused devastation in countries in the region. … Do not risk your own & others lives,” Asad Umar, the federal minister and head of the nation’s anti-virus strategy, tweeted last week, urging people to follow the standard operating procedures and get vaccinated as soon as possible.
Earlier, Prime Minister Imran Khan also called the Delta strain “the biggest concern.”
“After a downslide, infections are on the rise again. We fear that the Delta variant could strike Pakistan,” he said in a televised address, adding: “I appeal to the nation to wear masks and take protective measures.”

President calls for implementation of SOPs in mosques and Imambargahs