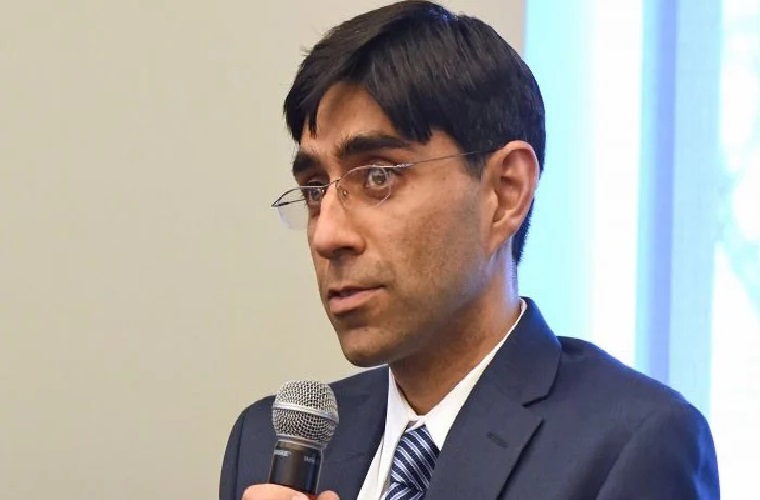 Islamabad -Brushing aside the Opposition’s recent protest in the Senate, National Security Adviser Moeed Yusuf has said that the Parliamentary Committee on National Security (PCNS) had been briefed on the National Security Policy (NSP).
A day earlier, the Opposition’s lawmakers had alleged the government of framing the NSP without taking Parliament on board and staged a token walkout from the House against the move.
Moeed Yusuf was of the view that the Opposition had boycotted the in-camera meeting of the parliamentary body. He, however, said that the government was still ready to brief the Opposition on the NSP. “We are ready to brief everyone on the NSP and take input,” he added.
“The NSP has been made by consensus and no government will change it,” said Moeed.
He maintained that the NSP was aimed at economic security and it will give the country a direction.
“Policies are made in the country, but they are not implemented appropriately,” Moeed said, adding that they had devised a strategy to implement the NSP.
He said that regional peace and economic security were their top priorities.
Replying to another question, the adviser said that he could not say how much of the policy will be made public. The NSP will be issued in the next few days, he added.
On December 28, NSA Moeed Yusuf had said the ‘historic’ National Security Policy will give priority to the country’s economy and the security of the common man.
Addressing a press conference in Islamabad, Minister for Information and Broadcasting Fawad Chaudhary, along with Moeed Yusuf, shared the developments and details of the policy.