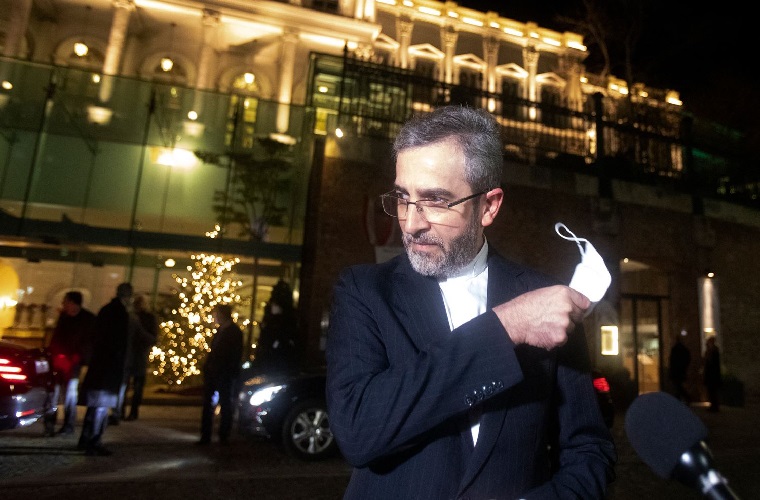 Tehran (Web Desk) -The United States said Tuesday it had seen possible progress in talks with Iran but joined European negotiators in pressing for urgency in rolling back Tehran’s nuclear programme.
Negotiations resumed Monday in Vienna in a fresh push to make headway on reviving a landmark 2015 agreement that curtailed Iran’s nuclear activities in return for sanctions relief.
“But it is in some ways too soon to say how substantive that progress may have been. At a minimum any progress, we believe, is falling short of Iran’s accelerating nuclear steps and is far too slow.”
President Joe Biden supports a return to the agreement but Iran has kept taking steps away from compliance as it presses for sanctions relief.
“This negotiation is urgent,” negotiators from Britain, France and Germany said in a statement.
“That means we have weeks, not months, to conclude a deal before the JCPoA’s core non-proliferation benefits are lost.”
The Biden administration has also warned of a return to pressure if talks fail and Iran pursues its nuclear work.
Iran was in compliance with the 2015 deal before Trump’s withdrawal but has since taken key steps including stepping up its enrichment of uranium, although it denies that it wants to acquire a nuclear arsenal.
Iran’s Foreign Minister Hossein Amir-Abdollahian was quoted by state news agency IRNA on Tuesday as saying the negotiations were “on a good track”.
“With the goodwill and seriousness from the other parties, we can consider (reaching) a quick agreement in the near future,” he said.