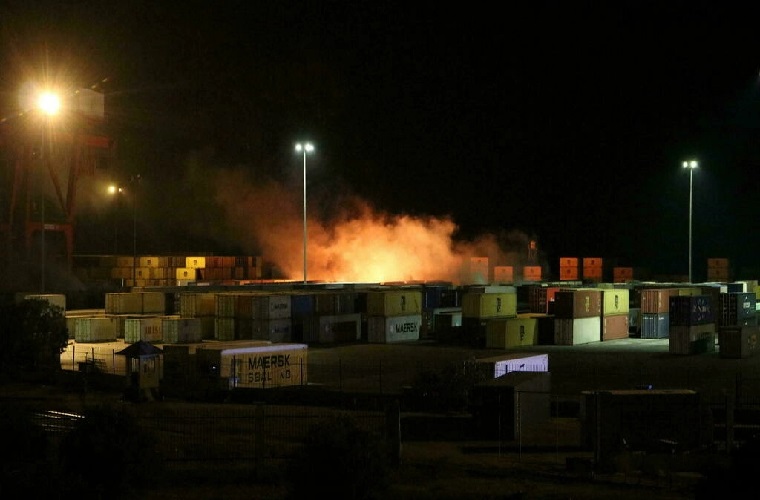 Damascus-An Israeli air raid has struck Syria’s Mediterranean port of Latakia for the second time this month, causing “significant material damage”, according to Syrian state media.
“At around 3:21am (05:21 GMT), the Israeli enemy carried out an aerial aggression with several missiles from the direction of the Mediterranean … targeting the container yard in Latakia port,” SANA state news agency cited a military source as saying on Tuesday.
Live footage aired by state television showed flames and smoke in the container terminal. Later on Tuesday, the Syrian government’s media office said emergency services brought under control fires that had broken out in the port’s container storage area.
The missile attack also wrecked the facades of a hospital, some residential buildings and shops, according to SANA.

Ushna Shah has a special request for all ‘males’