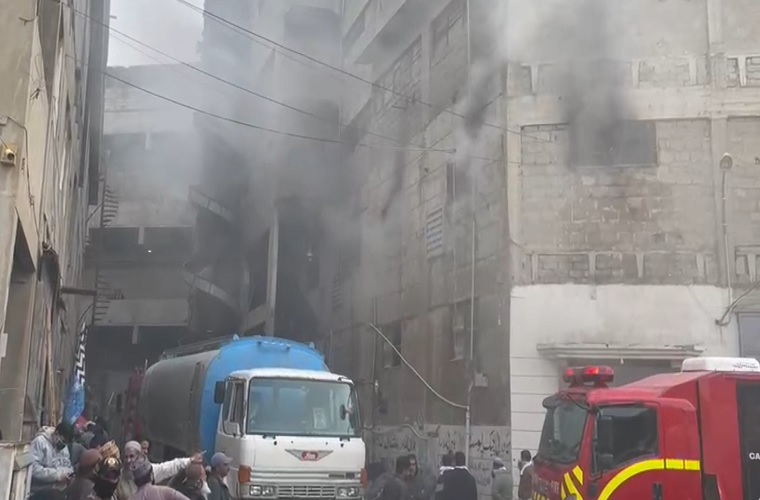 Karachi – The fire broke out in a textile factory at 6 am. In few moments, it spread to other parts of the factory.
Cloth worth millions of rupees were redcued to asshes when fire broke out in SITE area on Tuesday.
Flames and smoke could be seen from far places. After getting information, fire brigade vehicles reached the spot and tried to extinguish the fire. More vehicles were called when the fire intensified. The Rangers also took part in the rescue operation.