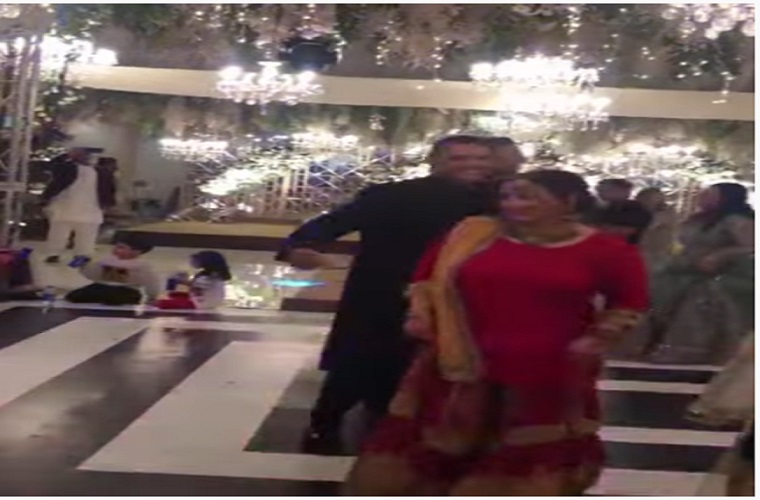 Karachi- A video of former Pakistani bowling coach Waqar Younis dancing at his brother-in-law’s wedding has gone viral on social media.
The wedding event was held in Karachi yesterday.
The couple can be seen dancing in joy to the tune of a song in the middle of the dance floor as others look on.
The former Pakistani cricketer’s wife Dr Faryal can also be seen in the video, dancing her heart out at the function.

Waqar Younis’s brother-in-law got married in Karachi on Thursday. At the function, the former coach can be seen wearing a black sherwani.
It is to be noted that the wedding ceremony of brother of former national team coach Waqar Younis was held in Karachi in which he danced with his wife Dr. Faryal. The two danced to the Indian film song ‘Delhi Girlfriend’.
Earlier, cricketer Moin Khan and his son, national batsman Azam Khan also danced at Owais Khan’s wedding.